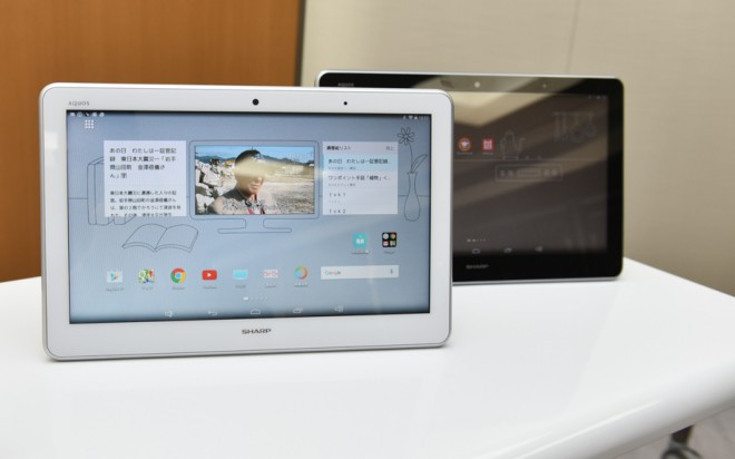 Bigger isn’t always better, but manufacturers may be going large with tablets in 2016. We’ve seen an uptick in large slates lately, and the Sharp Aquos Famiredo is set to join the crowd with a 15.6-inch display.

Samsung recently got our attention with the Samsung Galaxy View teasers, and we just covered a large new slate from ZTE that looks to be gearing up for a release as well. The Sharp Aquos Famiredo tablet is going to be a bit different from those tablets when it comes to power, but it has some interesting features and the massive panel is something media junkies will surely appreciate.

The Sharp Aquos Famiredo tablet will sport a 15.6-inch display with a resolution of 1,366 x 768. Under the hood, resides a 1.6GHz quad-core Rockchip 3188 coupled with 1GB of RAM and you’ll get 8GB of storage to work with as well. Thankfully, there’s a microSD card slot otherwise you’d be stuck with storage your content on the cloud. Alternatively, you could just use the included TV Tuner for some broadcast action.

While we can clearly see a camera sensor on the front, the backside doesn’t appear to have one and the front-facing snapper is a meager 2MP. Connectivity options will include Bluetooth 4.0, Wi-Fi, the usual sensors, and a microUSB 2.0 port. The battery size is unknown, but said to offer us around 5 hours of usage and you’ll get IPX5/7 certification to boot. As for the OS, the Sharp Aquos Famiredo tablet will run Android 4.4 out of the box.

What do you think about the Sharp Aquos Famiredo tablet specs compared to its high price tag?