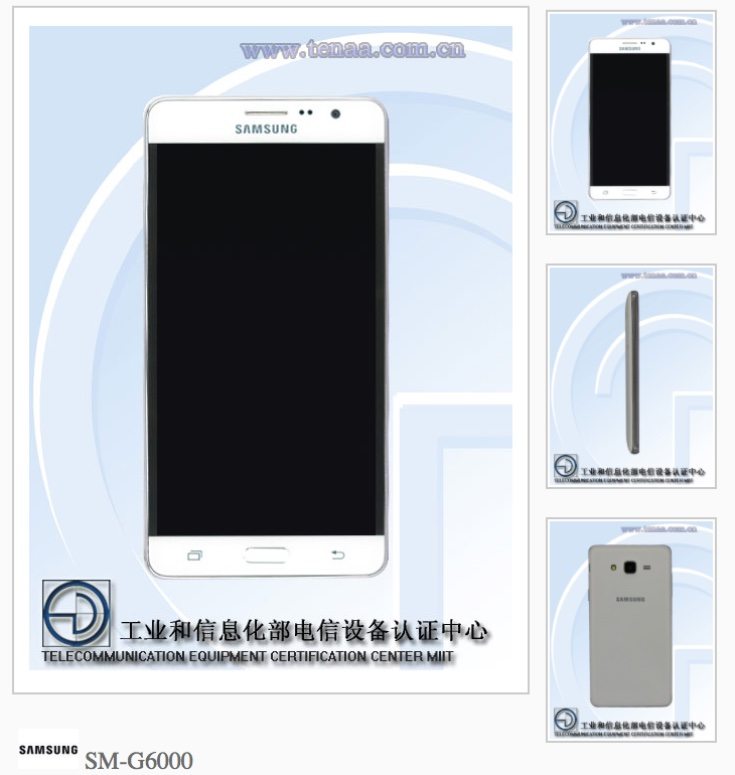 We’ve heard plenty about the upcoming Samsung Galaxy Mega On over the past few weeks, but one thing we haven’t seen so far is any images of the device. Yesterday we reported that the phone had passed through TENAA certification, but unusually there were no images of the device in the filing. However, Samsung Galaxy Mega On images have now shown up online from that process.

Early this month there was a sighting of the Mega On being imported to India for testing purposes. Then just yesterday we saw evidence of the phone passing through the Chinese equivalent of the FCC, and this reinforced many of the leaked specs so far. Now these images of the phone have finally turned up from the TENAA certification.

As you can see the Samsung Galaxy Mega On (SM-G600) is similar to many other Galaxy handsets in recent times on the reverse. However, turning it to the front reveals a display that looks virtually edge-to-edge, a nice touch that many potential buyers are likely to appreciate. As well as the leaked specs from the TENAA spot we’ll remind you that the dimensions of the Mega On were also given. The handset measures 151.8mm x 77.5mm x 8.2mm and weighs in at 172g.

Some of its key specs are a Snapdragon 400 quad-core processor, 5.5-inch HD display, 1.5GB of RAM, and 8GB of internal storage (expandable). It’s further tipped to have a 13-megapixel rear camera, 5-megapixel front-facer, and a 3000 mAh battery, and growing leaks suggest a launch might not be too much further away.

What are your first thoughts on this upcoming lower-end Samsung phablet? Are you a potential buyer of the Samsung Galaxy Mega On?