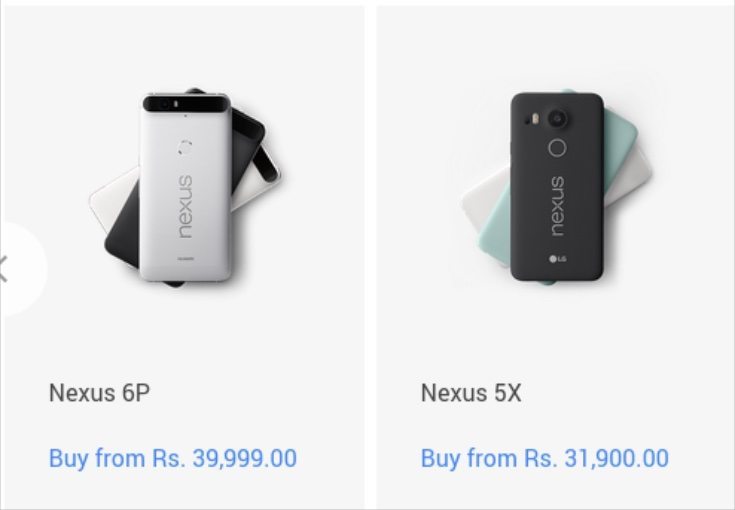 The dust is now starting to settle after yesterday’s Google event. Many smartphone buyers were itching to hear about the LG Nexus 5X and Huawei Nexus 6P, and as we expected they were officially unveiled. We already knew US pricing for both handsets, and now the Nexus 5X and 6P prices in India have been discovered along with some case accessory prices.

You can check out our launch articles for the Nexus 5X and Nexus 6P at the links provided to find out specs and more about both smartphones. For now though, we’re concerning ourselves with price information for our many readers in India. The Google Store India now shows both phones, and although you can join a waiting list they cannot be pre-ordered just yet. However, some digging has revealed the Nexus 5X and 6P prices in India.

The Google Store India shows some accessories for the new Nexus phones, and clicking on these and scrolling down uncovered suggestions for other purchases including both of these phones. This showed some of the prices and the HTML sources for the pages concerned were then checked. This revealed the Nexus 5X and 6P prices in India for all of the different storage models. They are as follows —

As for availability one rumor suggests that pre-orders will open in the second week of October, but at this point that is unconfirmed. Are you already intent on buying one of the new Nexus smartphones when they go on sale in India? What are your thoughts on the Nexus 5X and 6P prices in India? We always appreciate receiving your comments.