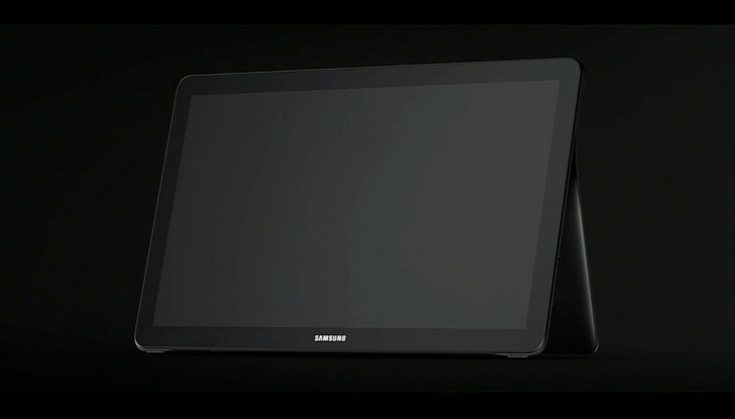 Samsung has remained relatively quiet in regards to the Samsung Galaxy View release since they first teased the huge slate. Well, it looks like their new tablet may be gearing up to launch soon as it’s just been certified by another regulatory agency.

Samsung teased the Galaxy View earlier this month and the slate rolled through Bluetooth SIG a few weeks back. Agencies like Bluetooth SIG, TENAA and the FCC are hurdles new mobile devices need to overcome before seeing a release in various regions, and the Galaxy View has just cleared another one by making it through certification in South Korea. 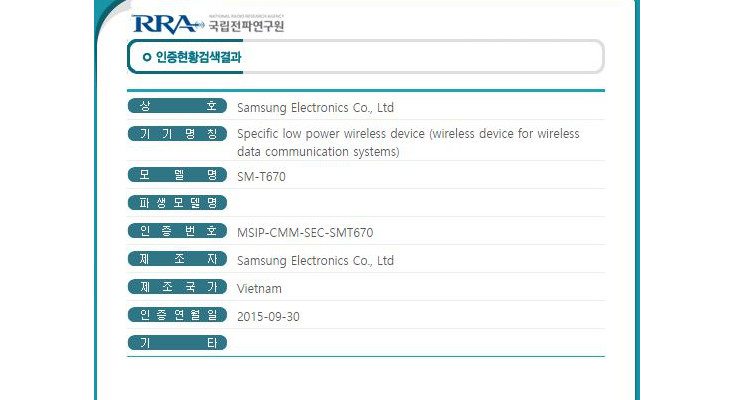 The RRA listing doesn’t provide us with any new details but confirms the tablet in question is the Galaxy View with the matching model number of SM-T670. Â Previous leaks and rumors have told us the tablet is going to be a mid-ranger in a huge body thanks to a 18.4-inch panel with a resolution of 1,920 x 1,080. Other rumored Samsung Galaxy View specs include 2GB of RAM, 32GB of storage, an 8MP/2MP camera combo and a 64-bit Exynos 7580.

We’ve seen enough leaks from solid sources to know what to expect from the Samsung Galaxy View release, but pricing is what will make or break the monstrous slate. As it’s assumed this one will arrive in time for the holidays, we should hear something official this month with Black Friday and the shopping season approaching in November.