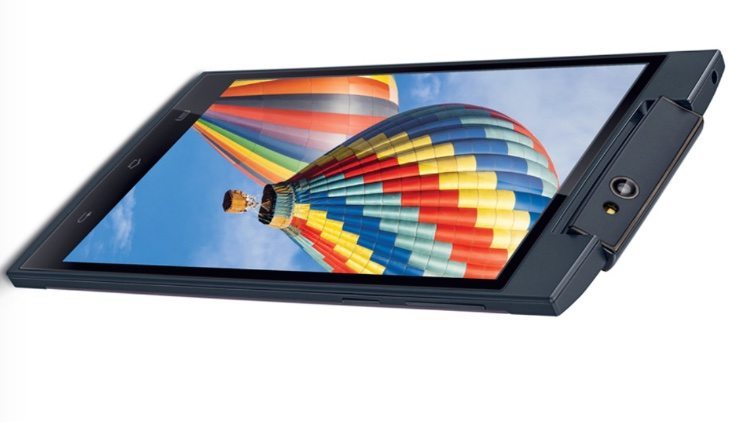 There are an abundance of tablets on offer for the Indian market, and last week we reported on the new iBall Slide Brace X1 tablet. Now just a few days later the company has launched the iBall Slide Avonte 7 in India. We have news on the price of this rotating camera tablet as well as specs and more. The new tablet will be available from both online and offline retailers across the country.

The Ball Slide Avonte 7 tablet is powered by a 1.3GHz quad-core processor and has a 7-inch IPS display with resolution of 1280 x 800. It has 1GB of RAM, 16GB of internal storage (expandable with microSD card to 32GB), and a 2800 mAh battery. Connectivity includes 3G HSPA+ (with voice calling capabilities), WiFi 802.11 b/g/n, Bluetooth, and GPS.

The tablet features the interesting touch of a rotating 13-megapixel camera with autofocus and LED flash. It’s a dual SIM device with 3.5mm audio jack and FM radio, and it runs the rather dated Android 4.4 KitKat operating system. It also features support for 9 different regional system languages for reading and writing in 21 Indian languages.

The iBall Slide Avonte 7 has a price of Rs. 10,999 and is offered in a blue colour. Some readers may also recall that iBall launched a smartphone with rotating camera called the Andi Avonte 5 in the summer. We’re always interested in hearing from our readers and we’d like to hear from you.

Are you currently looking for a new tablet? If so, might you purchase the iBall Slide Avonte 7 with its rotating camera feature?