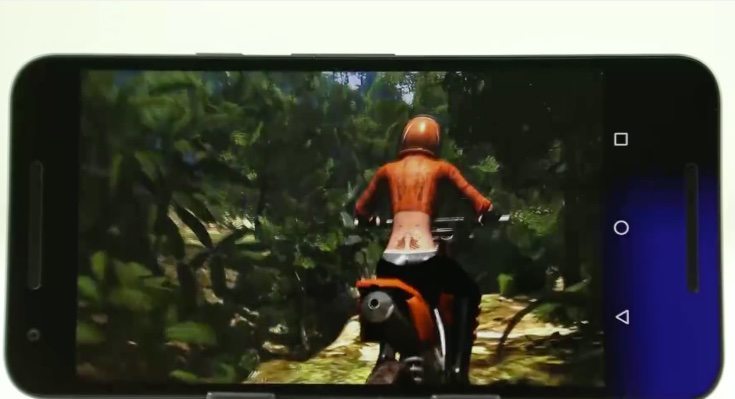 There’s plenty of interest in the LG Nexus 5X smartphone that was recently announced alongside the Huawei-made Google Nexus 6P. If you were thinking of buying the smaller of the two new Nexus phones you may be interested in a Nexus 5X benchmark bonanza and the results compared with some other popular handsets.

As a brief recap of some key specs of this device we can tell you that it boasts a Snapdragon 808 hexa-core processor (2 cores at 1.82GHz and four at 1.44GHz), Adreno 418 graphics, and 2GB of RAM. It has a 5.2-inch display with Full HD resolution of 1920 x 1080, and the operating system is Android 6.0 Marshmallow. For full specs you might like to check out our Nexus 5X vs Nexus 6P comparison.

Beneath this post you can see a video from Fone Arena that shows a barrage of Nexus 5X benchmark tests being conducted. The tests are Quadrant, AnTuTu 5, Vellamo 3.1, Linpack, Geekbench 3, GFXBench 2.7, Nenamark 2, Basemark X, 3DMark Ice Storm Unlimited, and Basemark OS II.

After each benchmark test you’ll see the scores achieved by the Nexus 5X and then a table showing how these compare with several other top smartphones. Just a few of these are the Samsung Galaxy Note 5, Galaxy S6, and Galaxy S6 Edge+, the LG G4, OnePlus 2, and HTC One M9.

We have to say that the results are pretty mixed, with the scores not so bad for some benchmarks, but placing the Nexus 5X at the bottom of the table for others. However, we should point out that many of the other handsets it’s compared with are high-end flagships whereas the new Huawei Nexus 6P has higher specs than the LG Nexus 5X.

When you’ve taken a look at the video it would be good to hear your thoughts on the Nexus 5X benchmark results and how they compare with some other top smartphones? Do drop us your comments in the box below to let us know. Readers may also be interested in a recent Nexus 5X vs Galaxy S6 camera comparison that we shared.