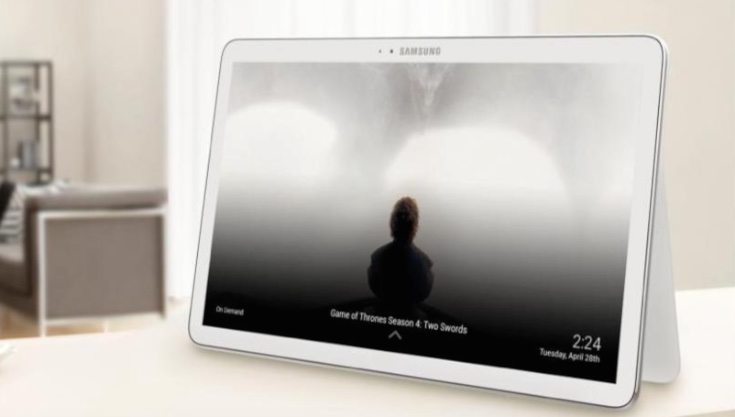 We’ve been tracking news about the upcoming mammoth Samsung View tablet for some time. Now the cat is well and truly out of the bag, as Samsung Galaxy View specs, price and more have made an online appearance.

Previously we’ve seen sightings of the Samsung Galaxy View in Bluetooth and also RRA certification. Most recently we shared some images of the Galaxy View tablet that gave us an idea of how Samsung is going to market the device. Now the device has popped up in an online retailer listing that shows plenty of details. The same site also has the device up for pre-order with a price of $599, although we’ll point out that Samsung hasn’t officially announced pricing yet.

The Samsung Galaxy View has an 18.4-inch display with Full HD resolution of 1920 x 1080 and the retailer shows a WiFi Black version with 32GB of internal storage. It’s described in the listing as “TV reimagined for the streaming age” and touts the home theater experience that it offers. Samsung’s biggest Android tablet and movable media display is also said to offer an “online video experience with beautiful and thin display.” 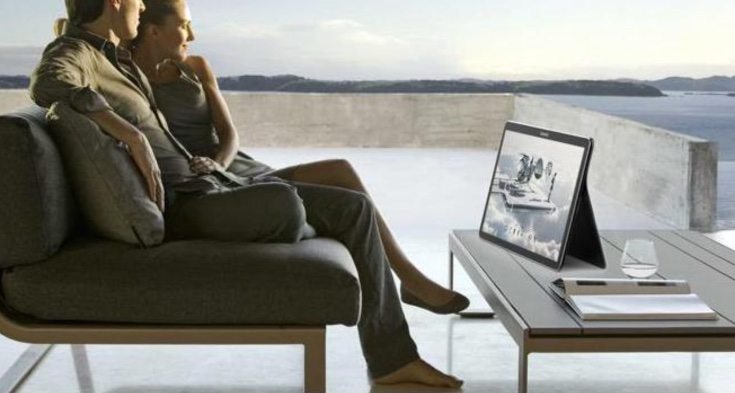 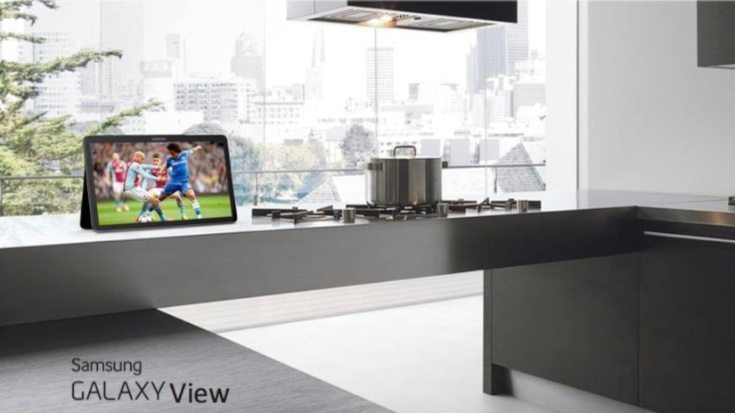 Other specifications from the listing include a 1.6GHz Exynos 7580 (Carmen 2) 64-bit octa-core processor. It has 2GB of RAM, 32GB of internal storage (expandable to 128GB via microSD), and a 2.1-megapixel front-facing camera (no rear-facer). Connectivity options include Cat.6 LTE, 3G HSPA+, WiFi 802.11 a/b/g/n/ac, Bluetooth 4.1, and GPS. The 5700 mAh battery battery is claimed to offer 8.5 hours of continuous viewing, and it runs the Android Lollipop operating system.

The product page also boasts about the Samsung Galaxy View offering high quality stereo speakers, and includes images showing the tablet with its kickstand use. As Samsung hasn’t announced the tablet yet we haven’t heard an official release date, and although the retailer concerned has pre-orders available there is no estimated shipping date. We have a feeling it won’t be too much longer until an official launch though, and of course we’ll bring more details then.

Does the idea of an Android tablet with a whopping 18.4-inch display appeal to you? Maybe you’re hoping to add the Samsung Galaxy View to your Christmas wish list this year?