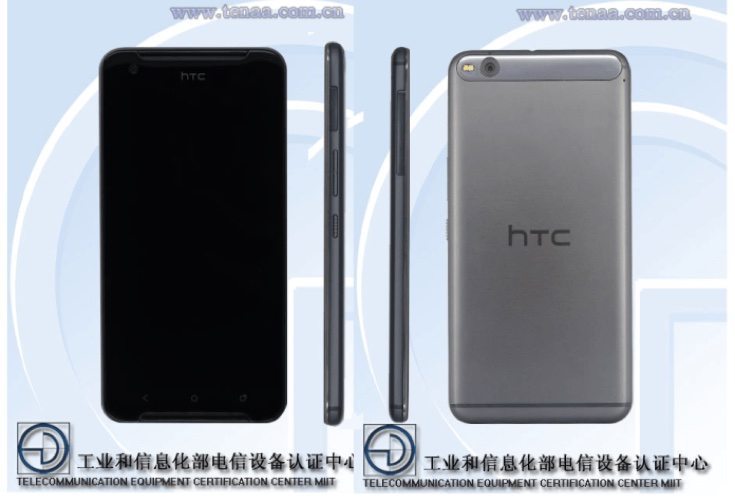 Talk of an upcoming new smartphone from HTC originally got some of us excited following a specs list suggesting a really top-flight device. However, another round of leaked specs then arrived, which suggested it would be a much more mid-range smartphone that previously thought. Now there’s further clarification on specs with an HTC One X9 specs reveal from TENAA certification.

Following the recent news on the HTC One X9 from prominent leakers, we also shared some renders showing the design of the phone. It’s one thing to hear tipped specs, but it’s always a good sign when upcoming devices turn up in the certification process and the details start firming up.

The One X9 has now received certification at Chinese regulatory authority TENAA, and the first thing to note is that the images from the filing appear to match the leaked renders shown previously. The listing on TENAA shows HTC One X9 specs that consist of a 2.2GHz octa-core processor, and a 5.5-inch IPS display with Full HD resolution of 1920 x 1080. It has 2GB of RAM, and 16GB of internal storage (with microSD expansion).

More HTC One X9 specs are a 13-megapixel rear camera and 5-megapixel front-facing snapper, and at the moment at least it’s running the Android 5.0.2 Lollipop operating system. The phone supports WCDMA, TD-SCDMA, TD-LTE, 4G LTE FDD, Bluetooth, GPS, and USB. It’s rumored to be equipped with a 3000 mAh battery, and the phone is in a silver gray color. The handset measures 153.2mm x 75.9mm x 7.99mm and weighs 174g.

This whole story reminds us of the HTC One A9 that was first leaked as some sort of ‘hero’ device and turned out to be more of a mid-range handset. Alas the TENAA specs listing for the HTC One X9 also show it to be another mid-range smartphone, rather than something more groundbreaking.

We’re not sure how the HTC One X9 will go down with smartphone buyers, especially after the recent arrival of the One A9. One thing we are sure of though, is that following certification the phone is heading for an official launch soon. Are you satisfied with these HTC One X9 specs or were you hoping for rather more?