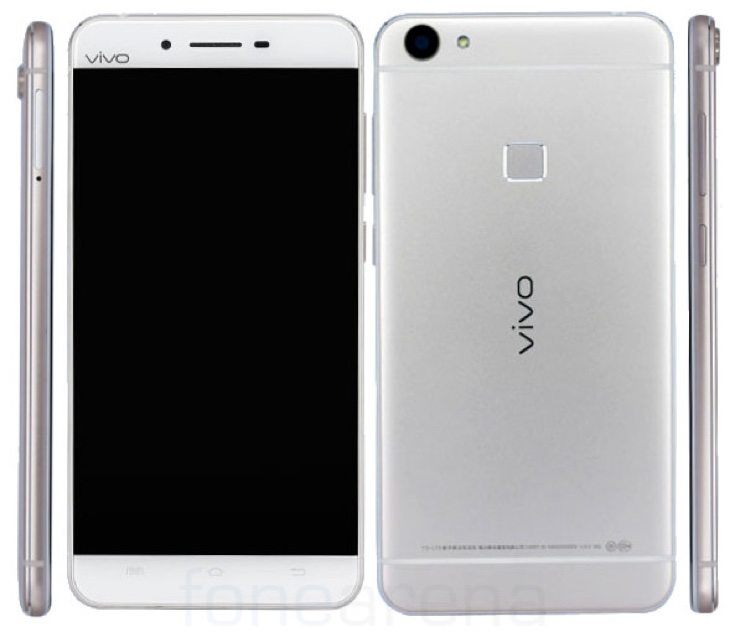 There have been leaks about the upcoming Vivo X6 for some time now, and so far it has been shaping up to become a very appealing phablet flagship. Previously we’ve reported on leaked images and unconfirmed specs, and now there are some new Vivo X6 images from an official certification appearance.

Earlier this month we gave news on a specs leak out of China about the Vivo X6 and just a few days ago we showed a leaked image purported to be of the device. Now the device has appeared at TENAA, the Chinese regulator. While no specs have come to light from the listing, it does contain photos of the handset as shown below.

On the back is the rumored fingerprint sensor while also visible are the capacitive buttons beneath the screen. In the image showing the rear of the device the camera looks flush with the casing, but in the side view we can see that it protrudes slightly. Another thing that’s evident is the SIM slot on the left edge of the handset.

The filing also specifies a Vivo X6L variant as well as a Vivo X6D model that’s said to be for China Unicom. We’ll give a reminder of the rumored specifications of the Vivo X6 so far. They include a MediaTek Helio X20 64-bit deca-core processor, a 6-inch display with Quad HD resolution of 2560 x 1440, 4GB of RAM, and 32GB of internal storage (expandable via microSD card).

Further specs are thought to include a 21-megapixel rear camera with 4K video capture, a 12-megapixel front-facing camera, and a 4000 mAh battery. It’s a dual SIM device running the Android 5.1 Lollipop OS, and connectivity options include 4G LTE, 3G, WiFi, Bluetooth, and GPS. Color choices will be Gold, Rose Gold, and Silver.

Another thing we can tell from the phone’s arrival for TENAA certification is that the Vivo X6 is getting close to an official launch. This sighting is very often one of the final leaks we see before a new phone is formally introduced, and Vivo has indicated that it should be unveiled at some point this month.

From the images and leaked specs so far, are you eagerly waiting for the launch of the Vivo X6? Do let us know with your comments.