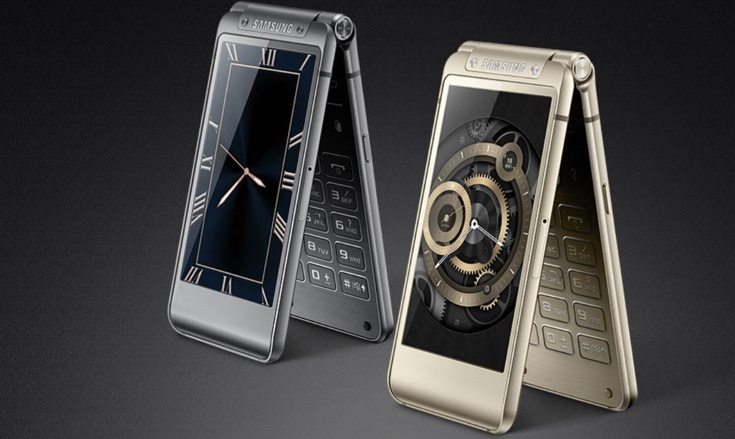 Over the last few weeks there have been several leaks about an upcoming clamshell phone with model number SM-W2016. This was widely rumored to be the Samsung Galaxy Golden 3 although this was never confirmed and we were not sure what the eventual title would be. We know now though, as the Samsung W2016 has just been made official. However, it has a steep price that some will find prohibitive.

Previously we saw the Samsung W2016 turn up for TENAA certification, revealing some specs for the smartphone. Then just over a week ago we shared some leaked images of the W2016 that showed it to be a stylish looking flip phone. All the indications so far have been that the phone would have a premium build and some high-end specs, and we now have confirmation of this.

The Samsung W2016 has been launched in China for China Mobile, although there’s no news yet on when or if it will be released for other regions. Clamshell handsets are still popular in China and some other Asian markets, but are pretty scarce elsewhere. However, the Samsung W2016 certainly looks the part so we feel there would be some call for it in other regions. 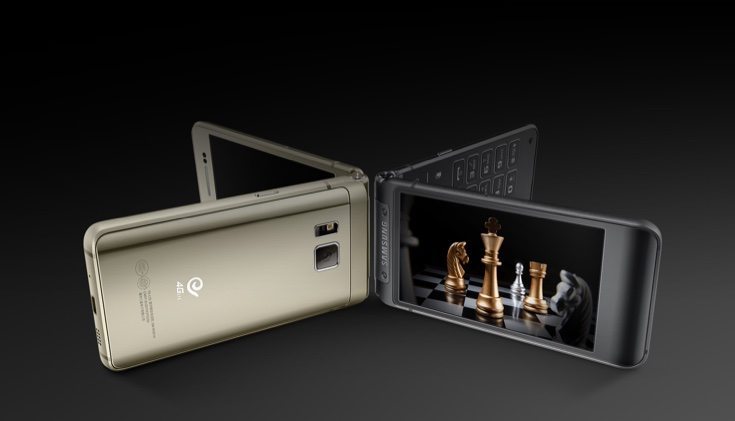 Samsung W2016 specs include an Exynos 7420 64-bit octa-core processor, and it has two 3.9-inch Super AMOLED displays with resolution of 1280 x 768. There’s 3GB of RAM, 64GB of internal storage, and it’s juiced by a 2000 mAh battery. At its rear you’ll find a 16-megapixel camera while up front it has a 5-megapixel shooter. This new dual-SIM Samsung smartphone runs the Android 5.1.1 Lollipop operating system, and has 4G LTE connectivity.

The handset measures 120.4mm x 61mm x 15.1mm and weighs in at 204g, and metal and glass are used in the build. It comes in silver or gold color choices. We have to say that if we were thinking of opting for a flip phone this could well be the one that might tempt us if we had deep pockets. That is of course, if it releases outside China.

As far as the pricing is concerned, the Samsung W2016 has a very steep CNY 9,999 price tag. That’s equivalent to around $1,570, Â£1030, or Rs. 103,600 so this really is one for clamshell device fans who have plenty of money to burn. It would be good to hear your first impressions of the Samsung W2016. If you enjoy a flip phone could you be tempted despite the high price? Would you consider it if it releases in your region? Drop us your comments in the box below.