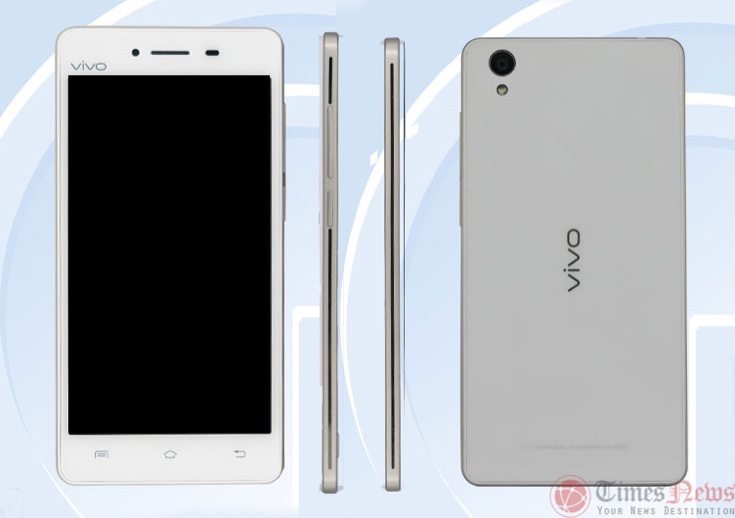 There’s a lot of expectation about a Vivo event being held tomorrow, November 30. The Vivo X6 and X6 Plus are both likely to be officially launched, and recently we also gave news about a Vivo Y37A and Y51A that might also be introduced. Now two more handsets have shown up at TENAA, the Vivo Y51 and Y51L. The filing gives some info about specs as well as some images of the smartphones.

TENAA is a Chinese regulatory authority, and very often we see devices pass certification there just before they officially launch. It’s a bit of a mystery as to what the difference is between the Vivo 51 and Vivo Y51L, as the specs appear to match and in the images in the documentation they appear to look the same too. Times News spotted that the Y51 was running Android 5.0 Lollipop during the certification process while the Y51L was running Android 5.0.2, but we imagine there must be more differences than that.

Specifications are a 1.2GHz quad-core processor, a 5-inch display with resolution of 960 x 540, 2GB of RAM, and 16GB of internal storage (expandable to 128GB via microSD). There’s an 8-megapixel rear camera, 5-megapixel front-facing snapper, but no battery size given. For connectivity you have GSM, TM-SCDMA, TD-LTE, and support for 4G LTE, 3G, Bluetooth, GPS, and USB.

The handset measures 143.8mm x 71.7mm x 7.52mm and weighs 157g. The filing images show both the Vivo Y51 and Y51L in a white color. It’s worth pointing out that the Vivo Y51A that we reported on previously is also very close in specifications. However, the Y51 and Y51L both have 2GB of RAM while the Y51A was listed with 1GB of RAM.

There’s no news yet on whether the Vivo Y51 and Y51L will also launch tomorrow, or where these upcoming handsets might be available. Check back with us from time to time and we’ll continue to bring you further developments. What are your first thoughts on the Vivo Y51 and Y51L?