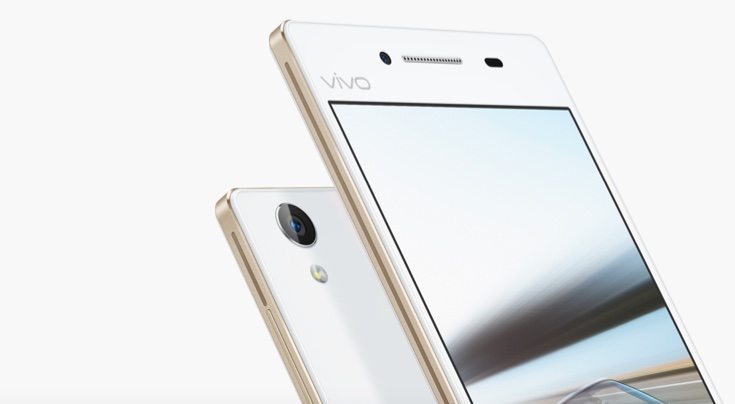 Vivo held an event yesterday where the Vivo X6 and Vivo X6 Plus were both officially launched. There was anticipation that some other recently spotted Vivo smartphones may also be unveiled but that didn’t materialize. However, one of the handsets recently spotted in certification has quietly become official, as the Vivo Y51 is now listed on the company website.

Over the last few weeks we’ve seen several Vivo smartphones turn up in the TENAA certification process in China. First there were spots of the Vivo Y37A and Y51A, and this was followed a few days ago by sightings of the Vivo Y51 and Y51L. Usually once we see devices at TENAA they launch shortly after, but only the Vivo X6 and Vivo X6 Plus were formally introduced yesterday.

It’s a little odd then that although Vivo didn’t mention the Y51 at the event, it has now become officially listed. Therefore the specs are confirmed, and there are also clear images of the handset, as opposed to the basic images on TENAA. There’s no info yet on the price of the device or exactly when and where it will be available, but we expect Vivo to announce this over the coming days.

Vivo Y51 specifications are listed as a 1.2GHz Snapdragon 410 quad-core processor, and a 5-inch display with 960 x 540 resolution. It has 2GB of RAM, 16GB of internal storage (expandable with microSD card to 128GB), and a 2350 mAh battery. When it showed up at TENAA the Vivo Y51 was running Android 5.0 Lollipop, but in fact it’s listed on the Vivo website as running Android 5.0.2.

The camera set-up includes an 8-megapixel rear camera with LED flash, as well as a 5-megapixel front-facing shooter featuring autofocus, HDR, night mode, child mode, panorama shots, and more. Connectivity is catered for with 4G LTE, 3G, WiFi, Bluetooth, GPS, and USB, and it’s a dual SIM phone. The handset measures 143.8mm x 71.7mm x 7.52mm, it weighs in at 157g, and is in a white color.

Does the Vivo Y51 look like a smartphone that you might purchase? If so, what sort of price would you be prepared to pay for this device?