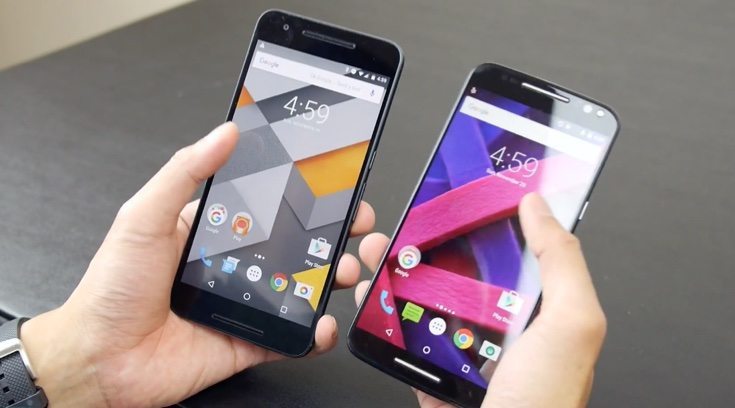 Sometimes when trying to choose between all of the smartphones on the market, it can be difficult to know which might be the best one for you. Take the Huawei-made Google Nexus 6P and the Moto X Pure Edition for example, both Android handsets with the same display size, 4G LTE connectivity and some top-end specs. We’re considering the Nexus 6P vs Moto X Pure (Style) in a specs breakdown and a video comparison that shows more. 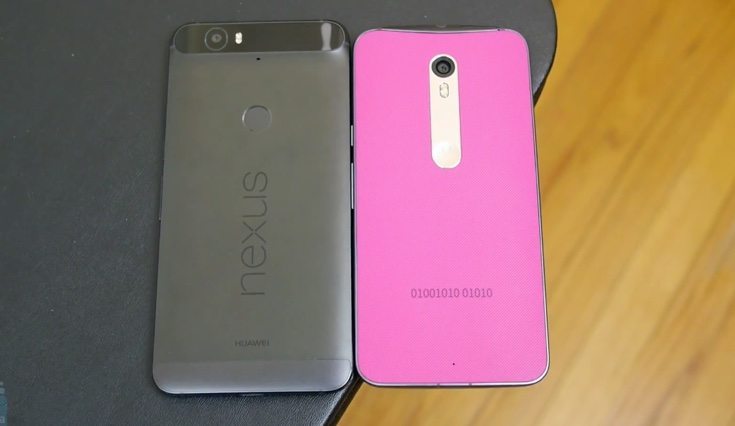 Operating System
As a new Nexus device the 6P released running Android 6.0 Marshmallow out of the box and will also be among the first to receive future updates. The Moto X Pure released running near stock Android 5.1.1 Lollipop, although we recently reported that the upgrade to 6.0 Lollipop was already in the soak testing stage so it should receive the update shortly.

We cannot list every single feature of each of these phones here, although we will say that the Nexus 6P has a fingerprint sensor. On the other hand the Moto X Pure has a water-repellent coating. The above should give you an idea of how they compete against each other though, and we also recommend a video comparison for further insight.

For this we’ve positioned a video from Phone Arena below this article showing a Google Nexus 6P vs Moto X Pure comparison. This will give you a really good look at both handsets and what they have to offer. It begins by showing the designs and discussing the builds of the phones, mentioning for example the customizable designs offered with the Moto X Pure.

The video goes on to compare the displays, software experience, performance, camera capabilities (with sample images and video footage), call quality, battery life, and more. The conclusion mentions the prices and gives a neat summary of which one might be best depending on the factors most important to you.

When you’ve had time to consider the above specs as well as checking out the video, we’d really like to hear from you. In the battle of the Nexus 6P vs Moto X Pure, which are you now most likely to purchase and why?