Spice Nexian NV-45 for India has a cheap price 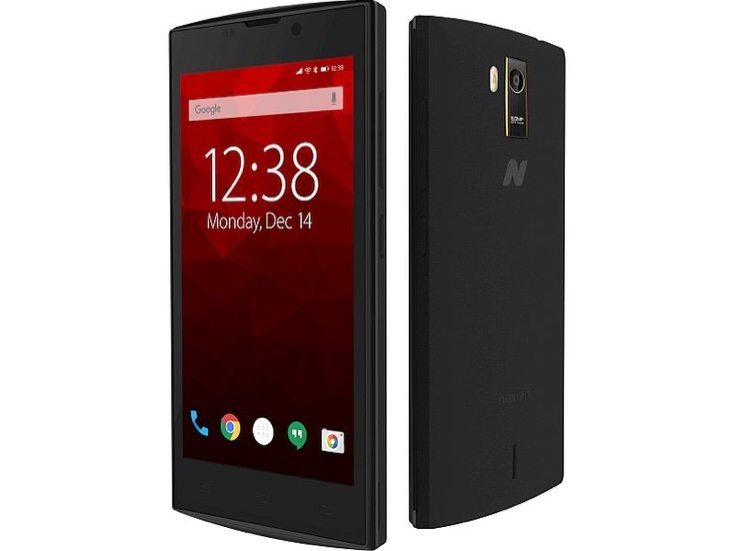 Some readers may have heard of the Spice Mobile Nexian brand, and now the company has launched a device for India. The Spice Nexian NV-45 smartphone has been officially introduced and it has a cheap price that is likely to appeal to some buyers. This new Spice Mobile phone is being sold exclusively through Flipkart who have partnered up for the launch.

It was in early 2015 that Spice Mobility launched its new Nexian smartphone brand in Indonesia. The Nexian Journey One was the first device to release there as an Android One smartphone. Now the Spice Nexian NV-45 has arrived for India and it has a price of Rs. 3,799. This one runs the rather dated Android 4.4.2 KitKat operating system. It’s a dual SIM handset equipped with a 1.2GHz Spreadtrum quad-core processor, and a 4.5-inch display with resolution of 854 x 480 (218 ppi) with Dragontrail glass for protection.

Further Nexian NV-45 specs include 1GB of RAM and 8GB of internal storage (expandable via microSD to 32GB). The 1650 mAh battery is said to last for around 250 hours of standby on 2G or up to 7 hours of talk time. The phone has a 5-megapixel rear camera with autofocus and LED flash, as well as a 3.2-megapixel front-facing snapper. Connectivity is catered for with 3G, WiFi, Bluetooth 4.0, GPS, and microUSB.

“India has the world’s largest youth population who are forever seeking great technology products at pocket friendly prices. Catering to this need of young consumers, we are pleased to launch the internationally successful smartphone brand Nexian in India, which will be exclusively available online on Flipkart for our young consumers. Nexian combines high utility functions with a great aesthetic finish to deliver a memorable product experience.”

It will be interesting to see what kind of reception this Nexian-branded phone receives in India. Readers may be interested in the Spice Proton 5 budget phone that also recently launched. We’d like to hear your first impressions of the Spice Nexian NV-45, so do drop us a comment.