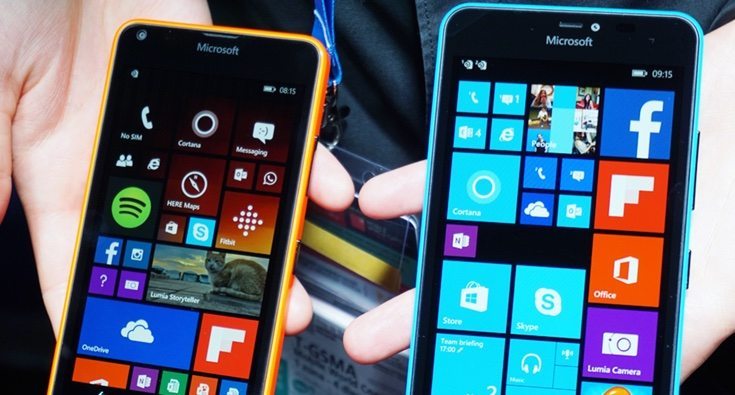 We’ve now seen several new devices release running Windows 10 Mobile out of the box, with two of these being the high-end Microsoft Lumia 950 and Lumia 950 XL. What we’re being asked on a daily basis though, is when the update will be ready for other Lumia smartphones. We’re glad to say that the Windows 10 Mobile update for older Lumia phones now looks imminent.

Way back in October Microsoft officially announced that the Windows 10 Mobile update would start arriving for existing Lumia devices in December. This was followed by a leak in November that suggested the Windows 10 Mobile update would begin rolling out for select Lumia handsets on December 14, followed by a second phase in early February 2016. However, the initial rollout was delayed and instead re-scheduled for the early part of this year.

It doesn’t look as though there will be too much longer to wait before the upgraded OS finally appears for these phones though, as T-Mobile Germany has given some news on this. The carrier says that the Windows 10 Mobile update is now confirmed for several Nokia Lumia and Microsoft Lumia smartphones. These are the Lumia 535, Lumia 635, Lumia 640 LTE, Lumia 640 XL LTE, Lumia 830, and Lumia 930. This company has posted the following information that also includes an update for the Lumia 950.

Releasing the update for all of these devices at the same time might cause the servers to overload. Because of this T-Mobile says that the Windows 10 Mobile upgrade will roll out over the course of two weeks. However, there’s some surprise as the OS version is listed as 10586.29 rather than 10586.36, which is reportedly more stable. NPU also reported on a tip claiming the rollout would kick off on January 12.

Although the exact date has not been officially specified, we can be more certain that the Windows 10 Mobile update for these devices is now very close, particularly as it’s clear that some carriers are already making preparations. While today’s details specifically apply for T-Mobile Germany, it’s still good news for owners of these Lumia phones elsewhere. Once we see updates start arriving in one region, we usually see them appear very swiftly elsewhere.

Are you pleased to hear that the Windows 10 update for these Nokia Lumia and Microsoft Lumia smartphones now appears to be very close?