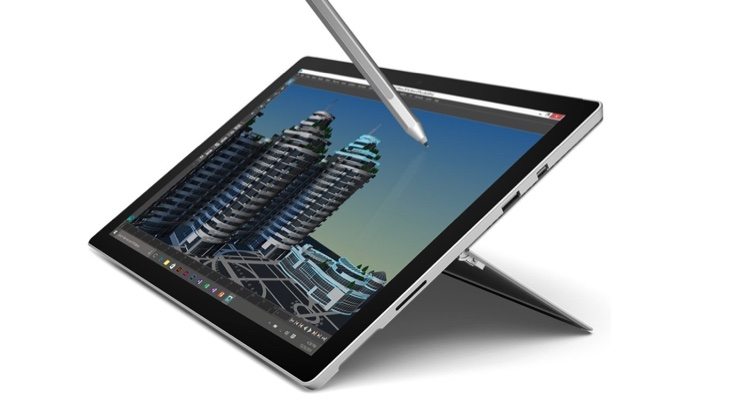 Microsoft officially announced its Surface Pro 4 tablet in October 2015. It’s a high-end tablet with high pricing to match, and some interested buyers in India might have been wondering how much it would be when it releases in the country. We now have details of the Microsoft Surface Pro 4 Indian price from the launch, as well as accessory prices.

Pre-orders for the hybrid tablet start today and it’s an exclusive from Amazon.in with shipping beginning on January 14. Hitting the price links provided will take you directly to the respective product pages. If you want to get a look at the device it will be showcased at Microsoft Priority Stores in Bangalore, Delhi, Gurgaon, Mumbai, and Noida. If you also want to purchase the Microsoft Surface Pen accessory the price is Rs. 5,990. The Microsoft Surface Type Cover Keyboard in Black or Blue color choices is priced at Rs. 12,490.

Specs of the Microsoft Surface Pro 4 include a 12.3-inch display with resolution of 2736 x 1824, an 8-megapixel rear camera with 1080p video capture, and a 5-megapixel front-facing shooter, also with 1080p video. It has a 5547 mAh battery claimed to offer up to 9 hours of video playback, and features include stereo speakers with Dolby Audio. Connectivity options include WiFi 802.11 ac, Bluetooth 4.0, and full-size USB 3.0. It runs the Windows 10 Pro OS.

If you want to find out much more about this tablet you could check out our look at the iPad Pro vs Surface Pro 4, which also includes a video comparison. We’re interested to hear your thoughts on the Microsoft Surface Pro 4 Indian price. Are you willing to pay this much for the device, or do you think the pricing is simply too steep? We always appreciate hearing from readers so do send us your comments.