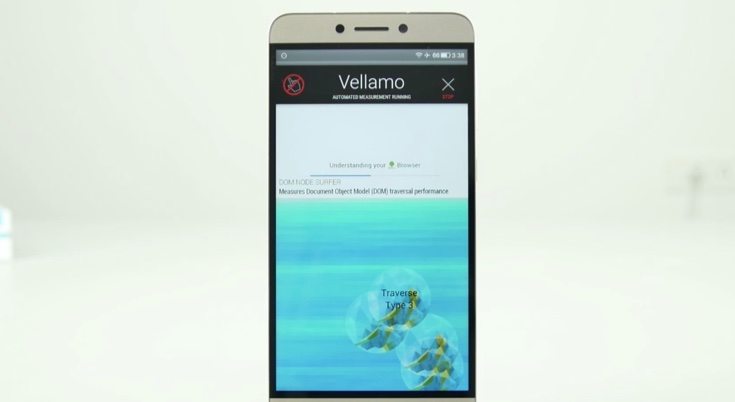 Smartphone maker Letv recently rebranded itself as LeEco, and so the previously released Letv Le 1s was launched in India as the LeEco Le 1s instead. If you’re undecided about whether to buy this smartphone you might want to check out the benchmark performance of the phone. Hence today we’re looking at the LeEco Le 1s benchmark results compared with others.

The LeEco Le 1s appears to have plenty to offer for its price, and is being sold in flash sales at Flipkart where there has been big demand. Key specs as far as performance is concerned are a 2.2GHz MediaTek Helio X10 octa-core processor, PowerVR G6200 graphics, and 3GB of RAM. You can check out more on specs and the price in our launch article or in our comparison of the Le 1s vs. Panasonic Eluga Turbo.

With those specifications we would anticipate some decent results in benchmarking, and Fone Arena has just put the phone through its paces. Below this article we’ve embedded a video showing LeEco Le 1s benchmark testing, and the different tests involved are AnTuTu 5, Vellamo 3.1, Geekbench 3.0, GFXBench, Basemark X, 3D Ice Storm Unlimited, and Basemark OS II.

After each test you can see the scores achieved by the LeEco Le 1s, and then a table displayed showing how it compares with the results of several other smartphones. Just a few of the other devices that it’s compared against are the Huawei Honor 5X, Xiaomi Redmi Note 3, Lenovo K4 Note, HTC One A9, and Meizu MX5.

We don’t want to give away too much about the individual test scores and how the LeEco Le 1s compares in this respect with the other handsets. However, when you watch the video you’ll see that the overall performance of the phone in benchmarking seems more than satisfactory. When you’ve checked it out we’d like to hear from you. Are you impressed enough by the LeEco Le 1S benchmark results that you are now going to buy this smartphone?