Samsung Galaxy A9 Pro release closes in with certification 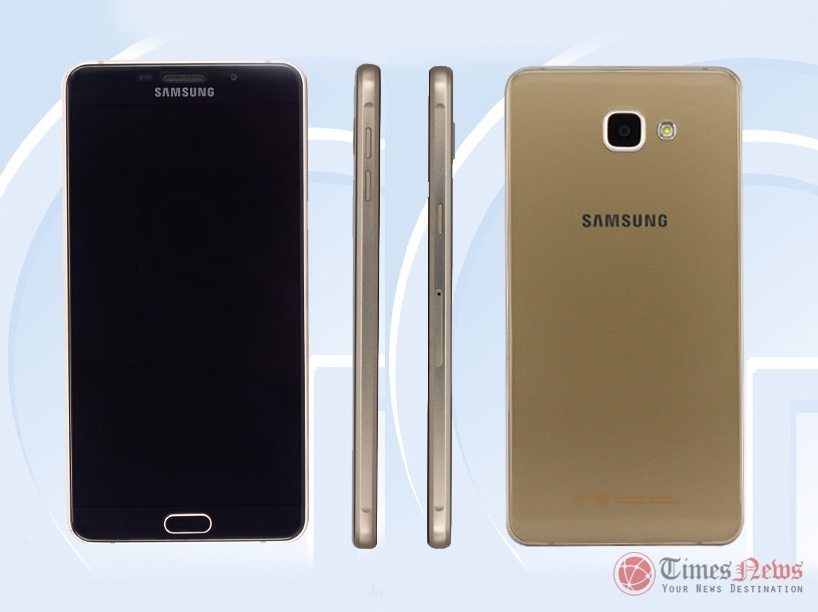 An upcoming Samsung smartphone called the Galaxy A9 Pro has been on our radar for a while and there have already been various specs leaks. Now the Samsung Galaxy A9 Pro release is closing in, with news that it has passed through one of the major certification procedures. The TENAA filing also shows some images of the device as well as providing specs.

Previously the Galaxy A9 Pro showed up on Indian import/export site Zauba with model number SM-A9100. This appearance didn’t give much in the way of specifications but did show it would have a 6-inch Super AMOLED display. Further to this there was a benchmark spot of the phone. While this gave us further specs it confusingly listed a 5.5-inch display, which we were skeptical about.

The phablet has now passed through Chinese regulatory authority TENAA and this appearance has clarified the specs. The filing reveals that the Samsung Galaxy A9 Pro does indeed have a 6-inch Super AMOLED display with resolution of 1920 x 1080 (Full HD). It looks very much like the regular Galaxy A9 and although some specs are the same there are also some differences.

The Galaxy A9 Pro (model SM-A9100) in the TENAA filing packs a 1.8GHz Snapdragon 652 octa-core processor, 4GB of RAM, and 32GB of internal storage that’s expandable to 128GB via microSD card. It’s equipped with a 16-megapixel rear camera and up front there’s an 8-megapixel front-facer. Connectivity options include 4G LTE, 3G, WiFi, Bluetooth, and USB.

A nice bonus over the standard Galaxy A9 is that the Pro version will be running Android 6.0.1 Marshmallow on launch. The handset measures 161.7mm x 80.9mm x 7.9mm and it weighs 210g. The TENAA filing shows it will come in Black, Gold, and White color options and also gives us our first look at the device. There’s no news yet on the battery size though.

Another thing revealed by the TENAA appearance is that the Samsung Galaxy A9 Pro release is likely to follow soon. Once we see phones arrive at the certification stage we very often see an official launch soon after. It’s likely that it will release first in China before heading to further markets.

Have you been following news about the Samsung Galaxy A9 Pro? If the price were right would you consider purchasing this smartphone if it releases in your region.