Lenovo Vibe K5 Plus price and availability for India 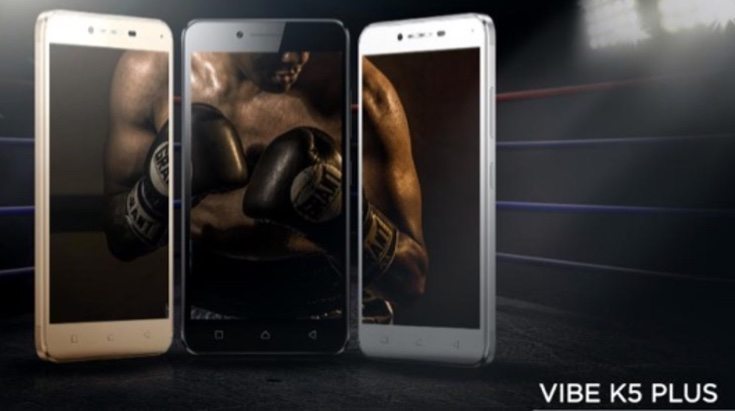 The Lenovo Vibe K5 and Vibe K5 Plus were announced at MWC last month, and the latter of these is an international variant of the Lenovo Lemon 3 that launched in China. We knew it was on the way to a launch in India and that has now happened just as expected. We have details of the affordable Lenovo Vibe K5 Plus price and availability for India.

Although we knew that the Lenovo Vibe K5 Plus was going to launch in India today, we did not previously have pricing. However, at the initial unveiling a US price of $149 was given and that equated to around Rs. 10,240. There’s good news on pricing then, as the Lenovo Vibe K5 Plus price in India has been announced as Rs. 8,499. It will be offered in color options of Champagne Gold, Graphite Gray, and Platinum Silver.

That price seems very reasonable for what the phone has to offer, and if you want one you’ll be able to get it from March 23rd. It will be an excusive for Flipkart and the good news is that it will be available through open sale. Lenovo has also announced that customers with the existing Lenovo A6000 or A6000 Plus will be eligible for an initial exclusive exchange and upgrade deal.

The Lenovo Vibe K5 Plus is powered by a Snapdragon 616 octa-core processor with Adreno 405 graphics. It has a 5-inch IPS display with Full HD resolution of 1920 x 1080, 2GB of RAM, and 16GB of internal storage that can be expanded with microSD card to 128GB. Further Vibe K5 Plus specs include a 13-megapixel rear camera with LED flash and a 5-megapixel front-facing shooter. Juice is provided by a removable 2750 mAh battery.

Have you already decided you will buy this new Lenovo smartphone? What do you think of the Lenovo Vibe K5 Plus price in India that has now been announced?