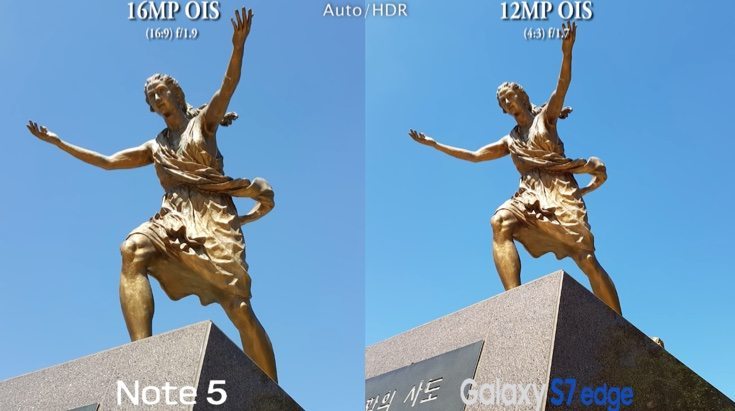 Samsung’s Galaxy S7 Edge hit the shelves in March, and the latest flagship from the company is not much smaller than the highly rated Samsung Galaxy Note 5 phablet. If you’re particularly interested in smartphone photography and can’t decide between them this next item might interest you. Why not check out a Samsung Galaxy S7 Edge vs Galaxy Note 5 camera performance comparison. This will enable you to see how they stand up against each other in this respect.

We’ll outline the key camera specs of each before we get to the comparison. The S7 Edge is equipped with a 12-megapixel rear camera that uses Dual Pixel technology. It features phase detection autofocus, OIS (optical image stabilization), and LED flash, and has 4K video capture. On the other hand the Note 5 carries a 16-megapixel rear camera with autofocus, OIS, LED flash, and 4K video capture. Both phones also have a 5-megapixel front-facing camera.

Scrolling down the page you’ll get to an excellent Samsung Galaxy S7 Edge vs Galaxy Note 5 camera comparison video, and this gives an opportunity to check out the camera results from each of these devices. It begins with video footage taken with the front-facing camera. This is shown in split screen so it’s easy to get a clear idea of which you think does the better job. There’s also a audio symbol that switches from side to side so that you can compare the audio quality. 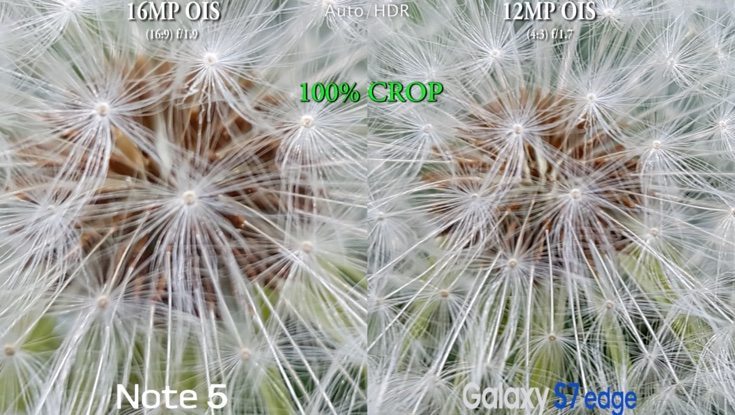 The next part of the comparison shows rear camera video footage, again in split screen. The footage was taken in a variety of conditions, indoors, outdoors, and low-light, and also shows how the OIS compares. The next section of the comparison concentrates on stills images taken with both smartphones. The images were shot in different conditions, and again there are examples with both the front-facing and rear-facing cameras.

What’s very clear is that the cameras of the Galaxy S7 Edge and Galaxy Note 5 do a great job and you really can’t go far wrong with either. In fact it’s a really close-run thing although you might feel that there are particular areas where one slightly outshines the other. What will be really interesting is to see how the S7 Edge will compare with the Samsung Galaxy Note 6 when it releases later this year.

Camera result preference can be very subjective and we often find readers disagree with which is best in a comparison. After you’ve watched the Samsung Galaxy S7 Edge vs Galaxy Note 5 camera comparison video we’d be delighted to hear from you. Would you pick the Galaxy S7 Edge or the Note 5 as your ultimate winner as far as the cameras are concerned?