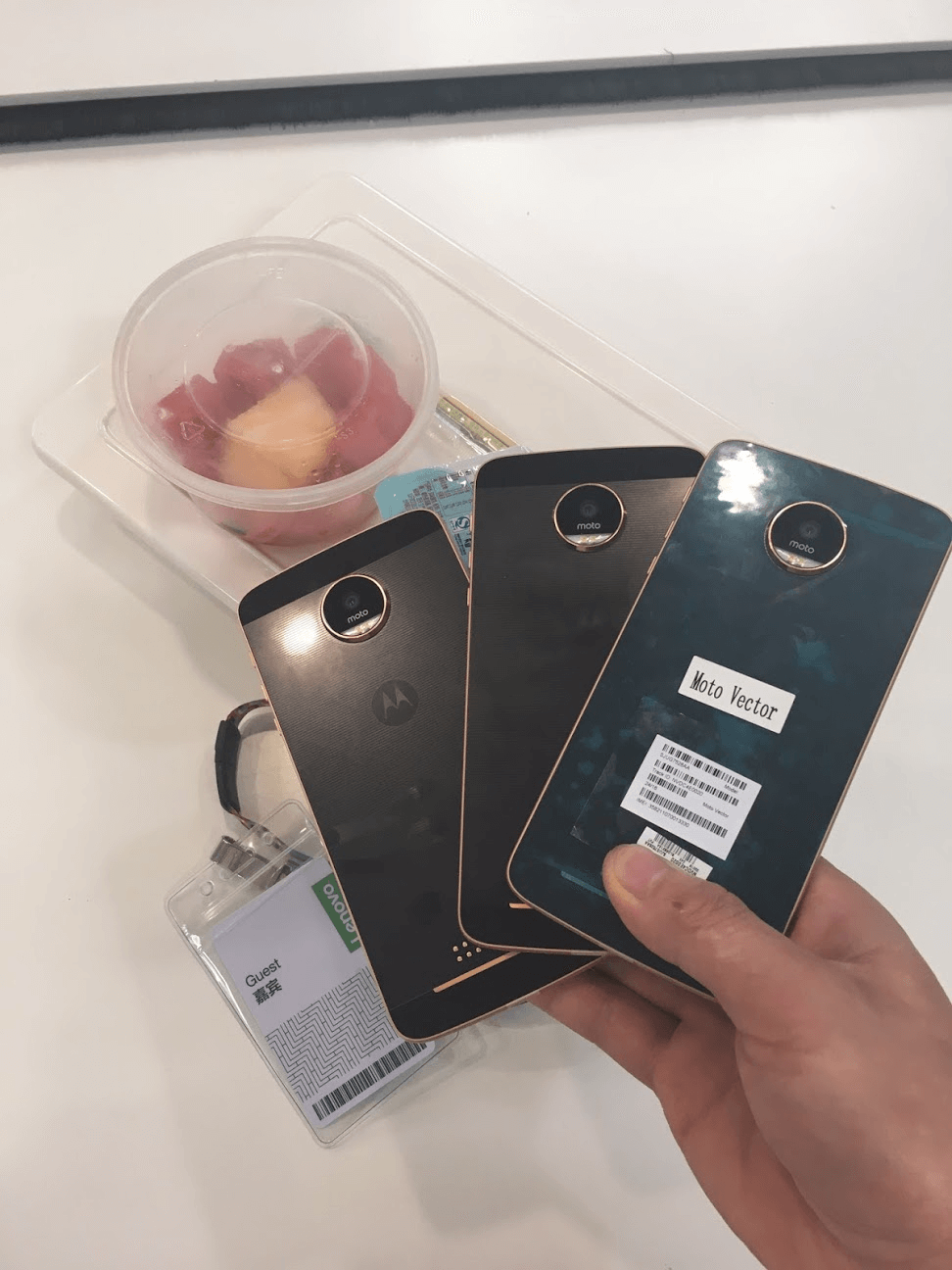 Around 10 days back Verizon announced the Moto Z and Z Force and it was up for pre-orders. The phones are part of Motorola’s brand new Z lineup which is aimed to replace the X series of smartphones. The Moto Z and Moto Z Force come with high-end specifications and are aimed at premium users. Coming with the Snapdragon 820, 4GB of RAM and very capable cameras, they are one of the best devices produced by the Lenovo-owned company. The Moto Z Play will be launched as the medium-ranger among the three phones and will pose a strong competition to the likes of Xiaomi, Huawei, and other Chinese phone makers.

The Moto Z series have a great new design but the huge camera bump is something that could be missed. Due to the fact that it is in the same series, the Moto Z Play also comes with the same design and a large camera bump.

The photographs show the name “Vector” on one of the phones which was indeed the codename used on one of their phones ahead of the Moto Z launch. There are also rumors that the Moto Z Play will be launched as the Moto X Play (2016) in China.

There is no official announcement from Lenovo about the Moto Z Play but it is highly likely that the phone will be made official soon. It can turn out to be a very good mid-ranger if it is priced right as there is a huge customer base for Moto smartphones.

Coming with the Snapdragon 625 under the hood, the phone scored a respectable total of around 59,000 on AnTuTu. It comes in two variants, one with 2GB/16GB and the other one with 3GB/32GB. There is also a 16MP rear camera and a 5MP selfie shooter. The 5.5-inch display flaunts a full-HD resolution as well.

The Moto Z Play will need to be priced exactly right to move ahead of its competition. If it is priced around $300, there are better alternatives from Xiaomi, LeEco and ZUK (owned by Lenovo) that come with the Snapdragon 820. Stay tuned for more info!