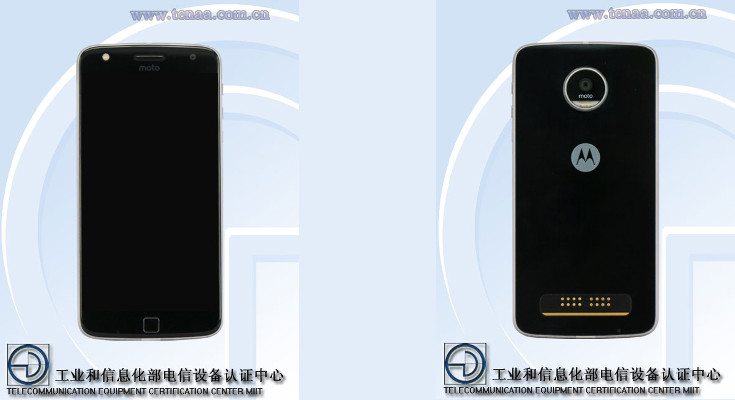 Most of the big smartphone releases are official with the exception of the iPhone 7, the Nexus, and a few other stragglers. The Moto Z Play is one of those tardy devices, but that will soon change as it has finally made its way through TENNA.

If a smartphone is getting a global launch, seeing it land at TENAA is always good news. Not only do we get to check out specifications that have sometimes been rumored for months, but we also get photos — never a bad thing. While the Moto Z Play doesn’t hold too many secrets, it’s always nice to get confirmation.

According to TENAA, the Moto Z Play, aka the XT1635-03, will be in the phablet class but with a 5.5-inch FHD panel instead of QHD. That was expected, and the same can be said of the rest of the specs which include 3GB of RAM, 64GB of storage, and what appears to be the Snapdragon 625. As for the cameras, the rear snapper is listed at 16MP while the front-facing sensor is 5MP.

In regards to the design, there are no surprises as it looks just like its relatives from the modular Z lineup. You can clearly see the fingerprint scanner on the home button along with that familiar rear sensor and the Moto branding. Other fun facts from the TENAA listing include a 3,510mAh battery, a microSD card slot, and a skinny 6.9mm waistline.

We’re still no closer to the Moto Z Play release date official, but now that it’s been certified in another region, it shouldn’t be long. We expect the handset to be popular whenever it finally lands, so rest assured we will keep you informed as more details come to light.