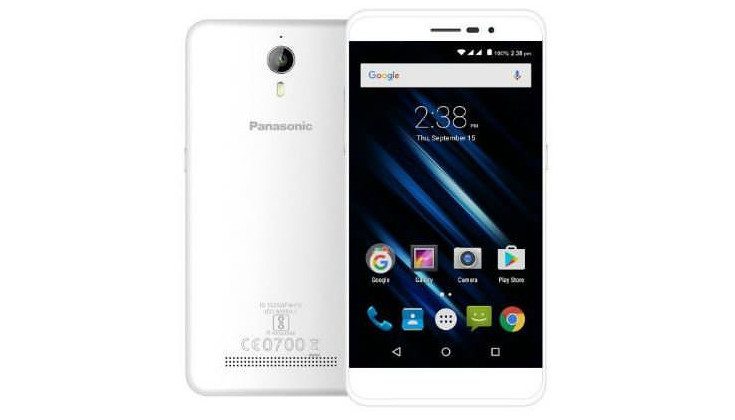 Consumers in India have no shortage of smartphones to choose from as we see a half-dozen handsets hit the region each week. This week is no different, and the Panasonic P77 specifications and price have just been listed for India.

We haven’t covered anything new from Panasonic this month, but last month brought two new handsets to our attention with the Panasonic P55 Novo and the Eluga Arc 2. The Panasonic P77 isn’t as fancy as the latter, but quite a bit cheaper at Rs. 6,990. That means it has rather low-end specs, so let’s take a look at what the Panasonic P77 has to offer under the hood.

The Panasonic P77 is a 5-incher with an IPS panel sporting a resolution of 1,280 x 720. Beneath the glass, you will find a quad-core chip clocked at 1GHz, which is backed by 1GB of RAM. The internal storage clocks in at 8GB, but is expandable up to 32GB through a microSD card slot. Unless you are a light media user, you will certainly want to be familiar with the cloud.

Cameras are a key selling point for many consumers, and while the Panasonic P77 won’t win any awards in that area, it isn’t chopped liver either. The front-facing camera is weak at 2MP, but the rear camera is much more respectable at 8MP and includes an LED flash. The Panasonic P77 supports Bluetooth, Wi-Fi, 4G VoLTE and has Dual-SIM support as well. A 2,000mAh battery will keep the lights on while Android 6.0 is listed as the OS of choice.

If you are in the market for a mid-ranger or flagship, you will want to look elsewhere as the Panasonic P77 is on par with the Intex Aqua Strong 5.1 we covered yesterday when it comes to the specs. It won’t break the bank at Rs. 6,990 and will be available in Grey or White if you are interested in picking one up.