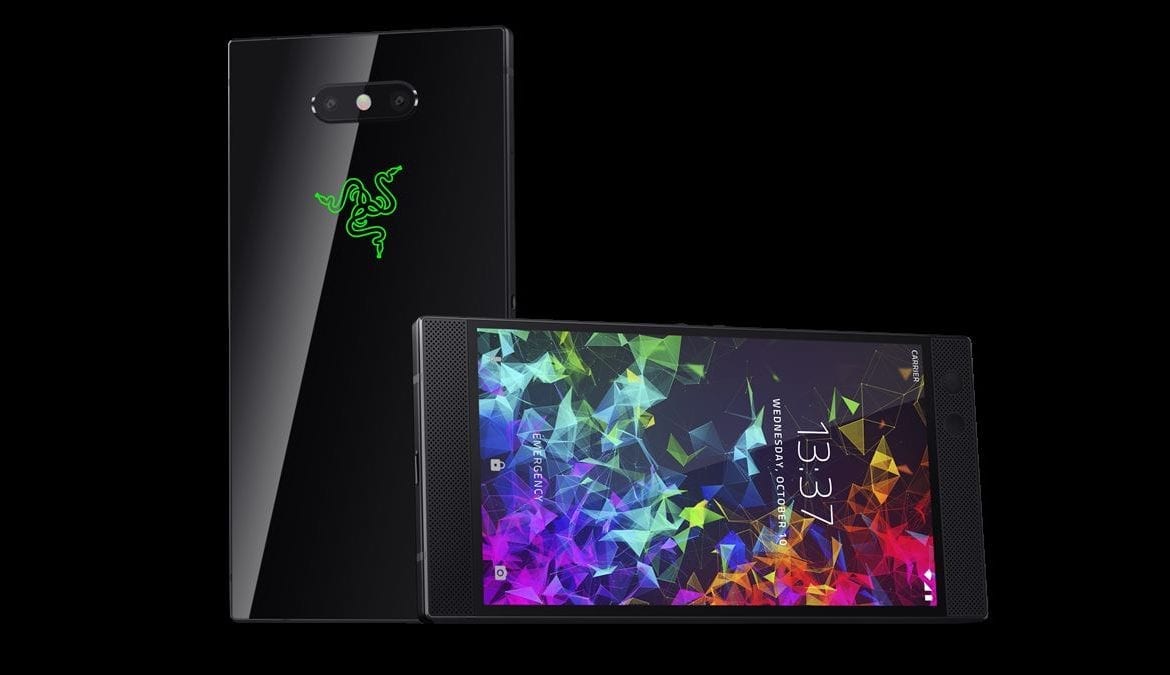 We’ve seen few new additions to the smartphone world aimed towards gamers. The ASUS ROG phone screams gamer at you, with the bold edges and RGB lightning. The Black Shark is similar to that, optimizing both the looks and software towards gamers. Furthermore, there are devices like the Honor Play that look a lot like a regular device. However, they pack in powerful hardware and excellent software optimization to appeal to gamers. There are many more options too, but most were waiting for the iteration to the one device that started this craze. The Razer Phone has been going strong for a year, and it still is a great device to own. Now, we have the follow up to it – the Razer Phone 2. Let’s take a closer look at it!

Starting with the design, most of the design choices were not changed here. You will still find the bold, blocky look of the original Razer Phone here. However, there are some improvements. Razer is trying to appeal to regular customers as well, making the back glass. The dual camera setup is moved to the middle, while the Razer Logo is now packing RGB lightning. Like most of the other Razer RGB products, this one can be controlled using the Chroma app. On the front, the 120hz refresh rate display is still here. The 5.7” LCD display with 1440 x 2560 resolution is 50% brighter this time, compared to last year. It’s still holding back on the 18:9 aspect ratio trend, completing the blocky look. The main reason for that are the still present front stereo speakers. They’re now louder, giving you clear, rich sound.

On the inside, you’re getting the best that is available right now. The chipset of choice is the Snapdragon 845 processor. Accompanied by the Adreno 630 GPU and the special Vapor Chamber cooling, you’re guaranteed the best performance that is available right now. For memory, the device comes with 8GB of RAM and 64GB of internal storage. MicroSD slot is still available, enabling expansion of up to 1TB. Finally, the device is still packing the big 4000mAh battery, that should last you through your long gaming sessions. The new addition is the option to charge it wirelessly, thanks to the glass back.

For the cameras, Razer is boasting the improvements in both cameras compared to the original Razer Phone. So, the Razer Phone 2 comes with a dual camera setup on the back and a single shooter on the front. On the back you have a primary 12MP sensor with f/1.75 aperture and a secondary 12MP telephoto shooter with f/2.6 aperture. Only the primary sensor has OIS, but both take great photos now. The front 8MP camera has f/2.0 aperture and should be more than enough for all of your selfies.

Finishing with the software, the device runs on Android Oreo 8.1. It’s based on Nova Launcher Prime, giving you the near-stock experience. Also, since it’s Nova, you can customize it in many different ways out of the box.

The Razer Phone 2 is available for purchase now for the price of $800. Devices will start shipping on the 22th of October.

So, what are your thoughts on the Razer Phone 2? Share them in the comments below.