The Samsung Galaxy S3 (S III) is one of the hottest smartphones of the moment and has seen huge global success. Many Android enthusiasts swear by the Galaxy S3 but it’s important to consider other alternatives, especially when they are competitively priced. Enter the Newman N2, a quad-core Android phone with some very impressive specs and priced at only $240. We thought we’d take a look then at the Samsung Galaxy S3 vs. Newman N2 to give an idea of how they compare.

When we say $240 it’s time to point out that this is the US equivalent of the price of the Newman N2 when it is released in China at 1,449 yuan. Yes, Newman is a Chinese phone manufacturer and the Newman N2 will be released there in the next few weeks. There is no news yet as to whether this phone will be available in other regions outside China but the chance is certainly there and we think many would like to see it. We’re recently seeing plenty of really great new phones being released in China and earlier today told of the Oppo Find 5 and discussed how much we’d like to see this beauty released in other regions.

Newman is not even a major Chinese manufacturer but if the company keeps coming up with phones such as the N2 with very reasonable pricing this could certainly change. The specs of the N2 are very close to those of the Galaxy S3 so let’s take a closer look.

Display
The N2 has a 4.7-inch 720p HD touchscreen display, so slightly smaller than the Galaxy S3’s Super AMOLED display, which goes to 4.8-inches, and has the same 1280 x 720 resolution.

RAM and Storage
The Newman N2 has 1GB of RAM, the same as the international Galaxy S3 although the US version of the S3 has 2GB of RAM. As far as internal storage though, the N2 only has 8GB and we have no news yet on whether this will be expandable or not. The Galaxy S3 comes in 16, 32 or 64GB versions, expandable via microSD. 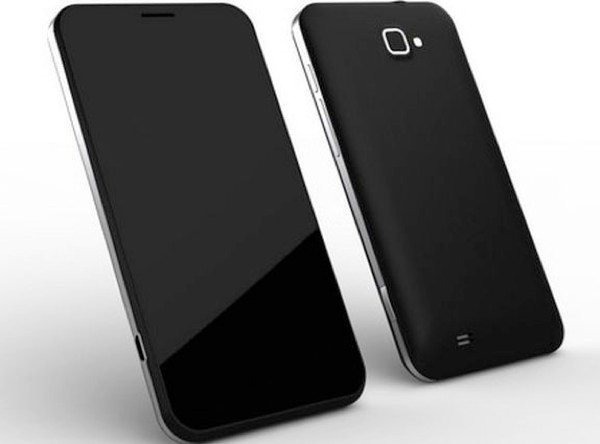 Operating system
This is another area where they are they same and that’s the only drawback to the Newman N2. Seeing as it is much more recent than the Galaxy S3 we would have hoped for it to launch running Android 4.1 Jelly Bean. However it will release running ICS, the same as the Galaxy S3, but will be upgraded to Jelly Bean at some point. The Galaxy S3 Jelly Bean update is currently rolling out in the UK but it looks as though the US may have to wait some months yet.

Design
The design of the Newman N2 has not yet been finalized and indeed the company is allowing consumers to pick the end design from the two possibilities pictured above, both of which look pretty sleek and stylish. Although the Galaxy S3 design has plenty of fans there has been a fair amount of criticism about its cheap plastic feel.

Specs are courtesy of Android Authority, sourced from CNMO (chinese). Obviously these are just some of the key specs and we are aware that the Galaxy S3 has many other features. For example the Newman N2 may have a 13-megapixel camera but we don’t know further details yet. Although the Galaxy S3 has an 8-megapixel camera we are well aware that this is not the most important factor for many and of course the Galaxy S3 has many photography extras such as autofocus, LED flash, simultaneous HD image and video recording, geo-tagging, touch focus, image stabilization and face and smile detection. Features such as this are not yet known for the Newman N2 just yet so it’s impossible to compare everything.

From what we now so far though, the Newman N2 can certainly give the Galaxy S3 a run for its money although the inferior internal storage of the N2 could be a deal breaker. Hopefully this will at least turn out to be expandable. The extremely competitive pricing of the N2 could win it a lot of fans though and it looks very much as though Newman is heading in the right direction with this device.

We’d like to hear views from readers about this. Would you consider the Newman N2 if it was released in your region with the same very reasonable price equivalent as detailed above? Maybe you’re a Samsung Galaxy S3 fan all the way and wouldn’t be persuaded by similar phone from a lesser-known manufacturer regardless of the price? Send your comments to let us know.