In the world of mobile devices the choice of which tablet or smartphone to purchase can now often be decided by which operating system it uses. The two platforms that dominate are of course Google Android and Apple iOS, with the other existing mobile OS platforms making up the very small remainder of the market. Today we’re turning our attention to iOS 7 vs. Android Key Lime Pie in a popularity quest and we’d like to hear from you regarding which of these future updates you are most looking forward to.

Both iOS 7 and 5.0 Key Lime Pie are the next major upgrades for the respective Apple and Google platforms and we often find there’s a fierce loyalty from readers who are often firmly divided between iOS and Android devices. A new iOS for Apple mobile devices is often introduced around the same time as the new iPhone each year so that iOS 5 launched with the Apple iPhone 4S in October 2011 and iOS 6 launched with the iPhone 5 in September 2012.

Therefore most of us expect the launch of the next major update, iOS 7, around the same time as the iPhone 5S this year. Although in the last two years the iPhone has released in the fall, it’s thought that this year the next iPhone could release in summer following WWDC so iOS 7 could be earlier than previously anticipated. Also earlier today we told of unconfirmed reports that there may be up to 3 iPhone releases in 2013 so that rather throws a spanner in the works. 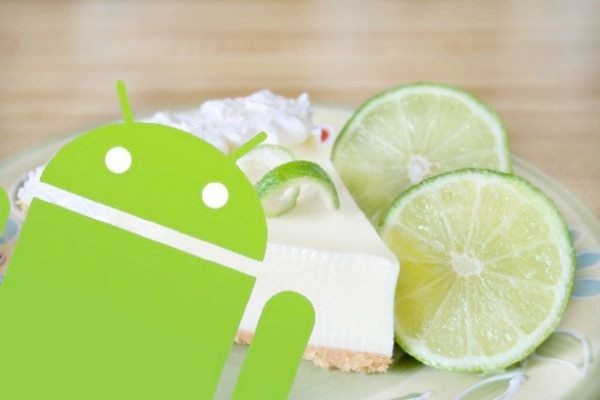 As far as Android 5.0 Key Lime Pie goes we anticipate an introduction at Google’s I/O in May this year, although this is purely speculation at the moment. The 4.1 Jelly Bean OS made its mark at Google’s I/O Developer Conference last year in June and was released soon afterwards. There’s a lot of guesswork going on at the moment as to which will be the first device to launch running Key Lime Pie and many would expect this to be a pure Google Nexus device.

However today we reported on rumors that a Motorola X smartphone would be the first to launch on Key Lime Pie and will be shown at this year’s Google I/O. Contrary to the normal patterns it’s thought that this Motorola X will NOT be a Nexus device. Another thought that will be in many Android enthusiasts minds is whether the Galaxy S4 and Galaxy Note 3, Samsung flagship devices, will be launched running Key Lime Pie as these two devices are so popular with Android smartphone users.

Of course something else that many people are considering are what the overhauled operating systems will offer. Wishlists for each include a myriad of additions and changes and just some of the possibilities for iOS 7 include enhanced app management and app icons, smarter auto-correct, improved ways to hide apps, as well as everyday functions having customized default apps. It has been said by many in the tech world that iOS is looking a little stale and that Apple really needs to come up with something really groundbreaking so it will certainly be interesting to see what arrives. Android 5.0 Key Lime Pie could bring even smoother performance, an improved voice assistant, better back-up, a video chat app and more but of course all of this is conjecture at the moment and we’ll have to wait and see a while longer yet.

Although we hesitate to stir up the intense loyalties between platforms we are nevertheless really interested to see which of these upcoming operating systems is most looked forward to? Are you eagerly waiting for iOS 7 or Android Key Lime Pie and if so which one? Have you any ideas of your own for what additions that you would like to see on either? Let us know with your comments.