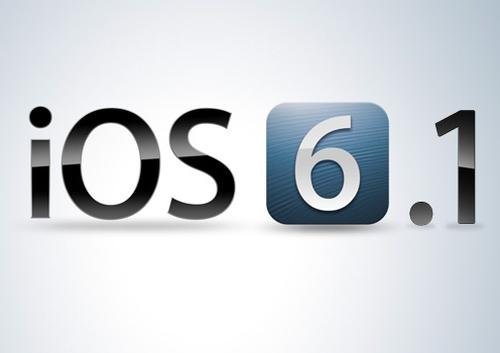 With the iOS platform there isn’t so much fragmentation with the operating system when compared to Android, but that doesn’t mean the software doesn’t have issues at times. There are many users of Apple mobile devices waiting for the next update in the firmware, and it seems that the iOS 6.1 release is closer as Beta 5 arrives to developers.

Yesterday Apple released the fifth iOS 6.1 beta to developers which sees the testing phase for the software continue, and this latest version of the mobile operating system will bring with it better Siri integration and improved mapping features.

Previously there were thoughts that Apple would provide the Golden Master for the software that would have meant a release was about to take place, but with the availability of this latest beta will mean a final build release is getting ever closer.

The company got the ball rolling back in November of last year with the release of the first beta for iOS 6.1, which came a couple of months users got access to iOS 6.1. This new update will bring improvements to the much criticised Apple Maps application that replaced the popular Google Maps solution that was originally the installed option with iOS, but has since returned to the App Store.

There will also be more Facebook integration along with Passbook, Photo Stream, and much more. Previous betas have shown that iOS 6.1 will feature an improved Map Kit framework, which allows users to search for things more simply.

This latest beta comes after the last one was released during December and can be found on the Apple’s developer’s website. iOS 6.1 isn’t going to be a major software upgrade and besides the new features will contain a number of bug fixes found with the current version of the OS.

The news comes after we recently told you that Apple were looking for software engineers to work on iOS 7, and yesterday we heard rumours about some of the mobile products we could be seeing this year from Apple. Source: AppleInsider.

One thought on “iOS 6.1 release closer as Beta 5 arrives”