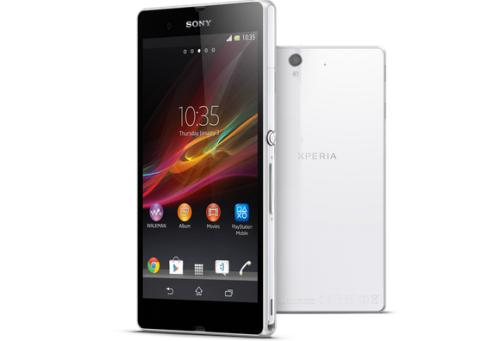 This year it really looks like Sony will become a major force in the smartphone world as the company starts to provide some great looking handsets, and it is getting things underway with Sony Xperia Z and Xperia ZL as the smartphones are priced and put up for pre-order in India.

Recently Sony put up a countdown website running down to today, and the Japanese company are set to launch both handsets in the country later but pre-orders for both devices have already begun. Flipkart has the Sony Xperia Z up for pre-order priced at Rs. 38,990 and the Xperia ZL is cheaper at Rs. 35,990.

Both handsets are down with an estimated delivery of the third week of this month, and to recap the Xperia Z features a 5-inch Full HD touchscreen display that has a pixel density of 441ppi. This is powered by a quad core Qualcomm processor clicked at 1.5GHz, and paired with 2GB of RAM and an Adreno 320 GPU.

There is also a 13.1-megapixel camera and 16GB of internal memory that can be expanded by another 32GB via microSD card, and will run Android 4.1 Jelly Bean with the 4.2 update already promised. The Sony Xperia ZL is pretty similar except its more compact while being slightly thicker, and has a rubber back instead of glass, and is not dust and water resistant.

We have already heard that some parts of Europe and Canada will also be getting the Sony Xperia ZL next month, while the Xperia Z is already available to consumers. Sony won’t be resting on its laurels though as it seems they are already working on another smartphone that will feature the same quad core processer that the HTC One uses.

Are you getting the Sony Xperia Z or Xperia ZL?