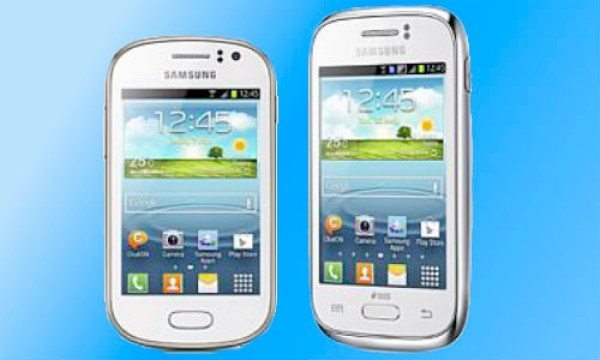 We have previously brought news of the Samsung Galaxy Win Duos and Galaxy Fame Duos smartphones and can now tell you that these are both now available in India first. This will please many of our readers in India who may have been waiting for either of these dual-SIM devices.

Although the single-SIM version of the Samsung Galaxy Fame has already released in Europe, India is the first country to see availability of the dual-SIM Galaxy Fame. The price is Rs. 10,900 and it’s available at various retailers in India including Flipkart, Snapdeal and Infibeam.

The Galaxy Fame Duos is powered by a 1GHz single-core processor and has a 3.5-inch HVGA display with resolution of 480 x 320, 512MB of RAM and 4GB of internal memory (expandable). The phone also has a 5-megapixel rear camera, front-facing VGA camera, HSDPA, Wi-Fi, GPS and 1300 mAh battery. The Galaxy Fame Duos runs the Android 4.1 Jelly Bean operating system.

Moving on to the Galaxy Win Duos also seeing availability in India first. This one is priced at Rs. 17,900 and is for sale at Snapdeal and Infibeam. The Galaxy Win Duos has the higher specs of these two smartphones with a 1.2GHz quad-core processor, 4.7-inch WVGA display with resolution of 800 x 480, 1GB of RAM, 8GB of internal memory (expandable via microSD) and a 2000 mAh battery and it also runs on Android Jelly Bean.

Both phones look pretty similar in style to the just-released flagship Galaxy S4 although the Fame has a slightly more rounded appearance than the Win. Both devices will also release in other markets but specific countries have not yet been detailed. We’d like to hear from readers in India about these releases.

Are you happy that the Samsung Galaxy Win DUOS and Galaxy Fame DUOS have now launched India? Will you be purchasing either of these devices? Let us know with your comments.