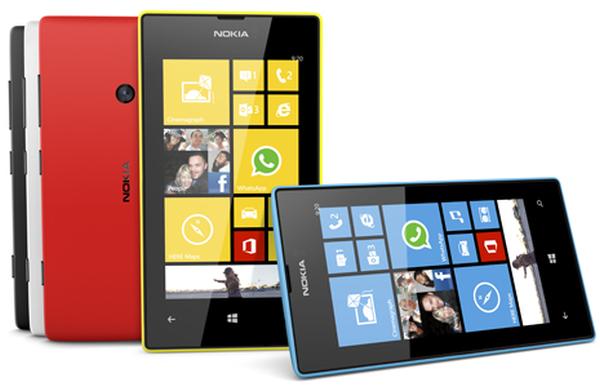 While there is the obvious pull towards high end flagship mobile devices there is even a greater need for lower priced products that still offer a satisfying experience, and the Nokia Lumia 520 sales success certainly proves the case for low cost smartphones.

Last month we heard that the Windows Phone platform was gaining ground on its rivals and largely at the expense of BlackBerry, but it seems the lower priced Nokia Lumia 520 is helping the platform get more of a foothold in the smartphone market.

There are also claims now that for the first time hardware running the WP8 software has passed the amount running the older Windows Phone 7 firmware, and Nokia Lumia models have a strangle hold on these figures. This strengthens belief that Nokia took the correct decision choosing the Windows Phone platform over Android.

The device will also prove popular in emerging markets and it’s not just the WP8 platform that is benefitting from cheaper hardware, as the Android platform has had cheaper devices for a while now that are getting better all the time.

The top end smartphones can cost quite a bit of money whether it’s on a monthly contract or purchased outright, and some users don’t need all the standout features some of these devices offer anyway. That is not to say that cheaper smartphones don’t do their job well which was found in the recent hands on review we did on the Vodafone Smart 3.

Do you have a more affordable mobile phone?