iPhone 5S pops in front of the camera again 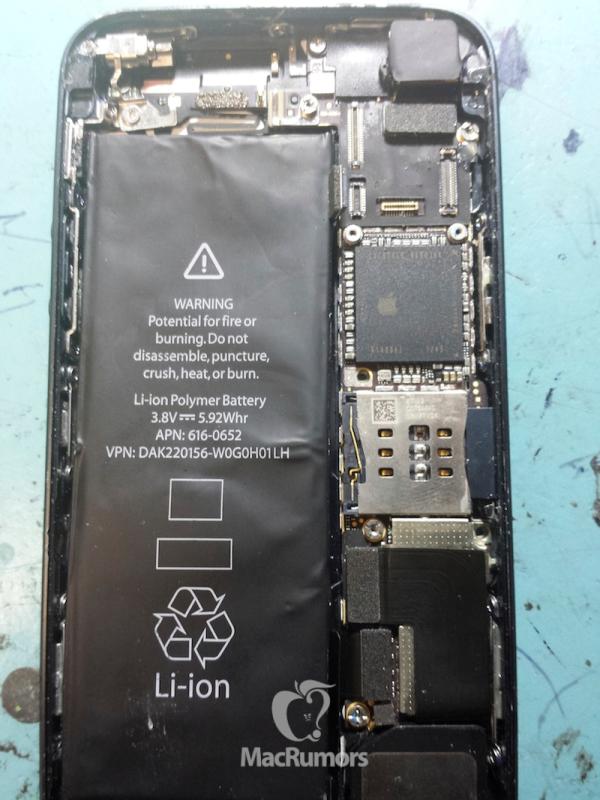 Rumours surrounding the next iPhone from Apple are gathering pace with numerous claims and counter claims emerging, which have also been accompanied by images of so called components and now the iPhone 5S pops in front of the camera again.

We are getting almost daily images now for what is supposedly the upcoming iPhone 5S and the latest one that can be seen on this page was sent to MacRumors, and seem to be housing the same logic board that was leaked recently.

The images also show the rear shell for the unannounced device and it can also be seen that the main processor sitting on the logic board has no branding, but does have a date code of 1243 that suggests it was built last October.

This could mean that this is actually an early prototype so it’s unclear if it is the A6 chip that is currently used for the iPhone 5 or something completely different. The battery seen in the image is more recent though and has more capacity than the current unit fitted inside the iPhone 5, and seems to be a prototype component.

The image of the rear cover has a shaped opening that supports previous rumours the device will have a dual LED flash to support the camera, which was seen in leaked designs that case makers were using to manufacturer products before the handset has even been announced.

It is thought the iPhone 5S will be released around September along with the iPad mini 2 and will bring with it the final release of the iOS 7 operating system.