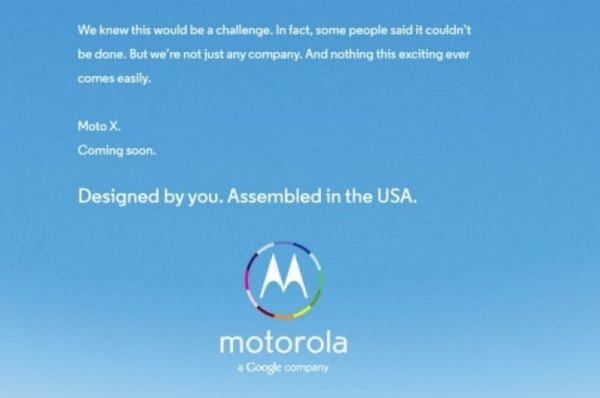 Although the Motorola X Phone was first rumored several months ago, it has been a rather elusive device. Many Android device enthusiasts had hoped that it would be released by now. However, the closer we get to a launch, the more we are hearing snippets of information about the phone, now known as the Moto X. Today we have news of the Motorola Moto X and tantalizing ad release secrecy.

Back in May, Motorola confirmed that the Moto X would release by October, and initially this news created some disappointment for those who were hoping for a much earlier launch. However, we then told about some accessories for the phone that had started to emerge, and more recently we showed a leaked image that purported to be of the Motorola X Phone, all suggestions that the Moto X could be on its way.

Now a new ad has been revealed that will appear in today’s editions of some major newspapers, so it does look very much as though Motorola is gearing up for a launch. Indeed the ad does state that the phone is “coming soon,” even though the specs are still being closely guarded. The release secrecy that we referred to in our title regards a rather intriguing part of the ad as it states, “Designed by You. Assembled in the USA.”

Although we had previously heard that the device would mainly be produced in the US, the ‘designed by you’ phrase is particularly exciting, as it suggests that customers will be able to have some input and tailor the Moto X to suit them. More text in the ad refers to the Moto X as, “the first smartphone can build yourself.” There is no further clarification on what exactly this means, but it sounds as though customers will have the option to either customize the appearance of the phone, or alternatively the specs.

The ad also shows the new colorful Motorola logo, and apart from this it leans heavily on the fact that it will be built in the US, highlighting that it is “designed, engineered and assembled in the USA.” It refers to the spirit of the 4th of July and the way Americans celebrate the holiday with burgers and fireworks, giving the ad a very patriotic flavor. The ad also alludes to the “challenge” of creating the Moto X and finishes with the promising words, “nothing this exciting ever comes easily.”

We’ve heard plenty of various leaked specs for the Moto X phone but the most recent details we’ve heard on this are a 1.7GHz Qualcomm dual-core processor, a 720p display of around 4.7-inches, 2GB of RAM, and 16GB of internal storage. Other rumored specs include a 10-megapixel rear camera, 2-megapixel front-facing camera, and a removable battery. It’s thought it will run Android 4.2.2 Jelly Bean, although the 4.3 update could be on the way soon, so fingers crossed.

The above rumored specs didn’t exactly over-excite us although it’s important to remember that Motorola hasn’t confirmed any specs yet. We almost hope that most of these specs are inaccurate so that when Motorola finally reveals the Moto X it lives up to the promise of excitement mentioned in the ad.

We are really interested to hear what our readers think about the new Motorola Moto X ad, and the intrigue about being able to design it yourself? Would you like to be able to customize the Moto X when it is released? Please take a look at the full ad below, and then pass judgment in the comments area provided below. 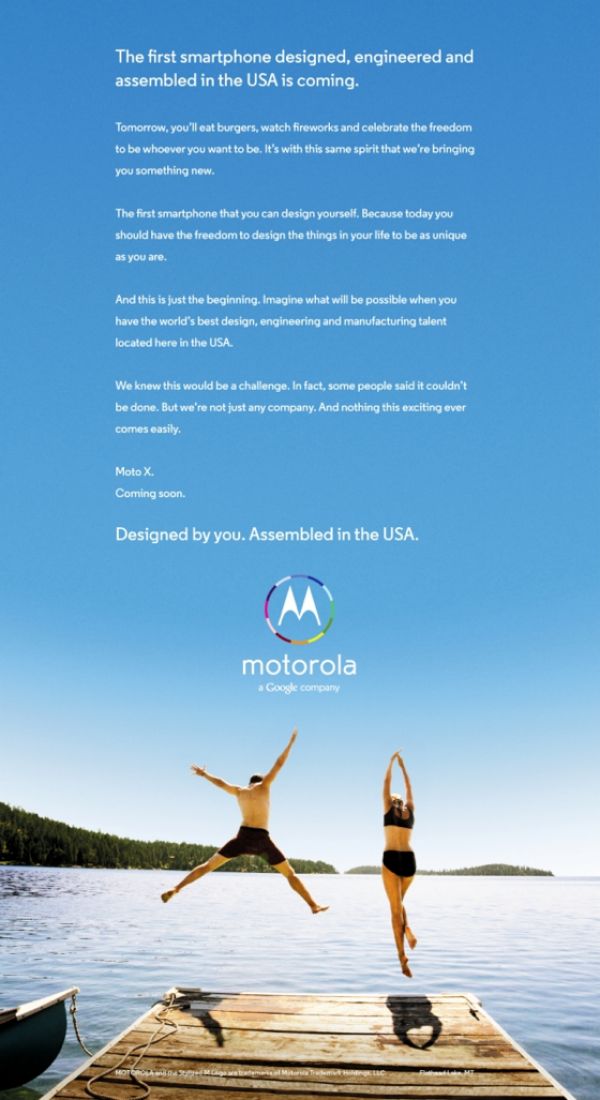