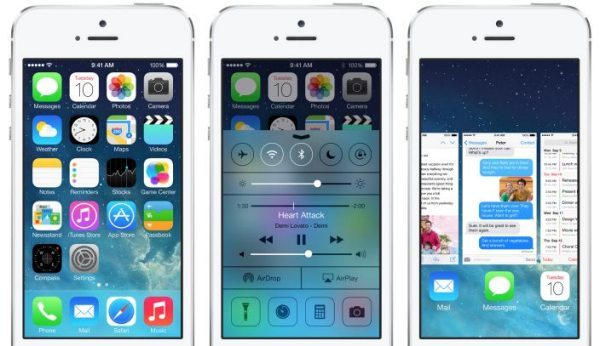 Many smartphone, iPad users are getting to the stage where Apple’s operating system is losing its credibility, and since iOS 7.0.2 was released to the public it has been nothing but a major problem. iOS 7.0.2 iMessage and other faults are starting to anger users to the point they say its unacceptable.

It was only a few days ago we reported about iOS 7 iMessage problems being unstable but fixable, when this article about iMessage issues went live the comments came in very fast indeed. We actually said that the iMessage problem is happening more on the iPhone 4 and 4S and not so much on the 5S and 5C, well this is not the case any longer because we are getting comments coming in from iPhone 5S and 5C users saying they are having issues too.

When users upgraded from iOS 7.0.1 to 7.0.2 it did indeed fix the security flaw that allowed just about anyone to access a number of iPhone applications by carrying out a few commands from the lock screen, but no one thought it would throw a spanner in the iMessage works.

I have been personally using the iPhone 5, not actually got the 5S yet because it is not exciting enough for me. Anyway, I have had nothing but problem after problem and getting to the point that I do not care for Apple software as much as I use to. Do not get me wrong, we know Apple will get it right and fix all issues but I cannot be going through all this rubbish every time a new iOS is released.

My smartphone is very much needed for work and personal use, I was not receiving messages. Even after the iMessage fix I shared the other day it seems I am still having issues. I disabled iMessage in Settings > Messages – and then reset the Network Settings in Settings > General > Reset > Reset Network Settings, after this was done I turned iMessage back on. It worked for a while but now having problems again.

Apple does know there is an issue with iOS 7.0.2 iMessage and they promise a fix within the next update, which will be iOS 7.0.3. I got to say the iPhone 3GS model was the best one; it did not have so many smart features, which of course means less can go wrong — only kidding, or am I!

Other faults I have personally encountered other than the iMessage fiasco include dropped calls, people trying to ring me but then my house phone rings only for them to ask why I am not answering them. On many occasions family, friends and business contacts have said they try ringing but it just cuts off before I can even answer it.

If any Apple iPhone user out there says that the new iOS 7 is the best ever then I am sorry they are deluded, I used to love Apple and granted when a new operating system is released there will be a few teething problems, but do come on these are not teething problems they are catastrophic. I need my iPhone to be able to send and receive text messages, I also need my smartphone to make and receive calls without any issues.

My house is over run with Apple products, iMac 27-inch, Mac Mini, iPhones, iPads, MacBook Air and so on, I am actually writing this piece on an iMac. These products are great but the iOS is unstable and really close to losing an iPhone customer.

iPhone fans will now come back and say that we should not worry because iOS 7.0.3 will fix the iMessage issue, and iOS 7.1 with be stable with no problems. Thousands of iPhone users and myself are a little too scared to update to a newer iOS in fear of creating more problems than we already have.

Please do let me know if you are having any issues since installing iOS 7.0.2?