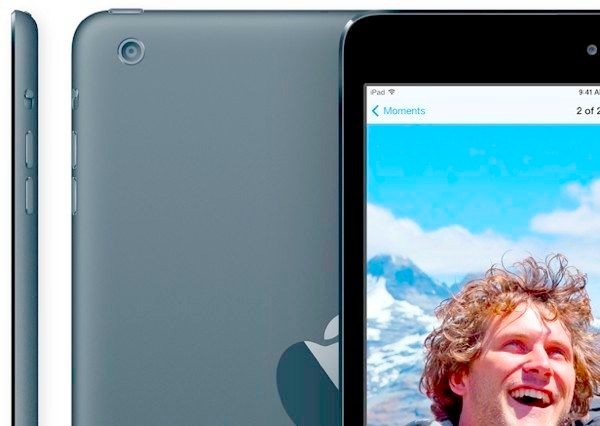 The iPad 5 and iPad mini 2 are thought to be heading for a launch event later this month, and there’s already a huge amount of interest building for both of the new iPads. However, it could be that there may be iPad 5 and mini 2 scarcity on release, and short supplies of the new iPhone 5S that recently released have signaled this.

There has been plenty of leaked news recently about the new iPads, with a possible launch event rumored for October 22, and we have already heard that demand is expected to be so high that it could seriously affect sales of PCs. However, although it’s good news for Apple that a lot of hype is building for the iPad 5 and iPad mini 2, it won’t be much good if the company cannot keep up with supplies.

Since the recent arrival of the premium iPhone 5S to the market, there has been a lot of discussion over whether the new iPads might also feature the new Touch ID fingerprint sensor that features on the 5S. The new home button on the iPhone 5S incorporates the Touch ID sensor and this button features sapphire crystal glass.

It was recently reported that sapphire makers in Taiwan have said that the new iPads will also feature sapphire glass home buttons, although we cannot take this as confirmation that they too will incorporate a fingerprint scanner.

Stocks of the new premium iPhone have fallen lower than previously, and it is becoming increasingly difficult to walk into a store and purchase one. Shipping times for the iPhone 5S in the US are now said to be 2 to 3 weeks, although the plastic iPhone 5C remains in plentiful supply.

The low inventory of the iPhone 5S just before the busy holiday season is something that must concern Apple, and we can only hope that this situation won’t also occur with the new iPads. However, there had been prior rumors that issues involving the new fingerprint sensor had slowed production of the Apple iPhone 5S, and of course this leads to the possibility that very short supplies might also hit the iPad 5 and iPad mini 2.

This all remains to be seen of course, but we wonder if Apple might even abandon the idea of the Touch ID sensor altogether for the iPad 5 and iPad mini 2 if this would mean being able to ramp up more plentiful supplies. That is of course, if Apple ever intended the sensor for the new iPads. We’ll be keeping a close eye on developments regarding the new iPads and while we wait for news we’d like to hear your opinions.

Is it important to you that the iPad 5 and mini 2 both feature the Touch ID fingerprint sensor? Maybe you’d rather do without it and be sure of ample stock rather than have to wait longer to get your hands on a new iPad 5 or iPad mini 2? Let us know with your comments.