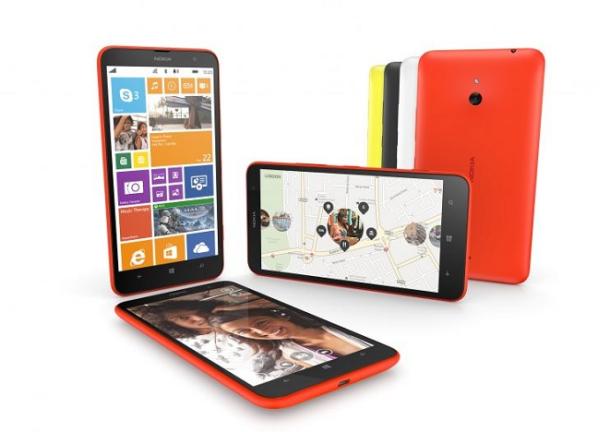 We have seen Finnish smartphone manufacturer Nokia releasing a whole host of new Lumia devices during 2013, and today the company has announced a few more devices that includes the Nokia Lumia 1320 that brings a larger display but at a lower price.

We have already heard about the Nokia Lumia 1520 and how it stacks up against the competition along with some new Asha models, and Nokia’s first tablet device. The Nokia Lumia 1320 meanwhile still has a 6-inch display but at a 720p HD resolution that has the Qualcomm dual core Snapdragon 400 processor under the hood which is clocked at 1.7GHz, and is paired with 1GB of RAM.

The display is protected by Gorilla Glass 3 and there is 8GB of on board storage that is expandable by a further 64GB via microSD card, and uses the same 3,400 mAh battery that the 1520 has. The camera specs are not on the same level though as the handset features a 5-megapixel rear facer with autofocus and flash with Full HD video capture at 30fps.

Around the front we only have a VGA 0.3-megapixel unit but the device will come with the latest Windows Phone 8 operating system, while the handset will be available in a number of colour finishes that include black, orange, white, and yellow and measures 64.25mm x 85.9mm x 9.79mm weighing 220grams.

The Nokia Lumia 1320 will be available during the first quarter of 2014 starting in China and Vietnam then followed by Asian and European markets, and priced at only $339.

Will you be considering the Nokia Lumia 1320?