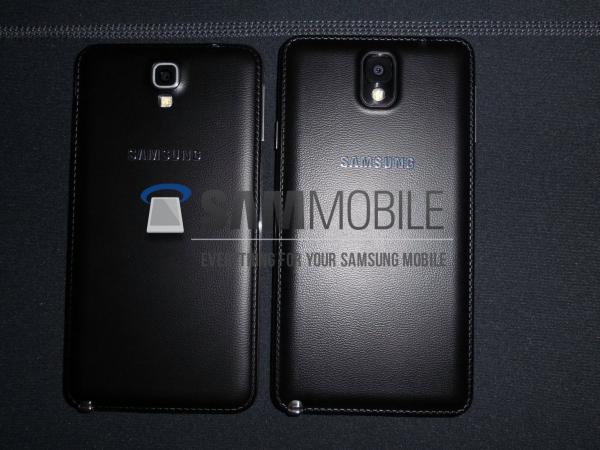 Over the last few weeks there has been lots of news surrounding the next flagship smartphone release from Samsung the Galaxy S5, but in the last few days another handset has been grabbing a lot of attention in the form of the Galaxy Note 3 Neo which was originally called Lite. Now though its specs and performance have supposedly been revealed.

Earlier today we brought you the first image of the Samsung Galaxy Note 3 Neo alongside the original Note 3, but now SamMobile has come back with a lot more information about the handset that includes more images.

The website has reportedly confirmed that the device will come with a Hexa core processor that is an Exynos 5260, which as we reported before has four cores clocked at 1.3GHz with another two running at 1.7GHz. All six cores will be able to run at the same time thanks to the new Heterogeneous Multi-Processing that we heard about back in September of last year.

These new images confirm that the Galaxy Note 3 Neo has the much loved Samsung S Pen Stylus as well as the faux leather rear cover. Other specs of the device include a 5.5-inch Super AMOLED display at a resolution of 720 x 1280, 2GB of RAM, 8MP rear camera, 2.1MP front facer, and a 3,100 mAh battery.

The device is currently running Android 4.3 Jelly Bean but will surely be upgraded to Android 4.4 KitKat by the time the device is released to the public. There is also 16GB of on board storage expandable via microSD card.

Some AnTuTu benchmark results shows that the Neo outperforms the Galaxy S4 but comes in slightly lower than the Note 3, and it is being claimed that the device will make its debut at the MWC 2014 event next month.

Will you be considering the Samsung Galaxy Note 3 Neo?