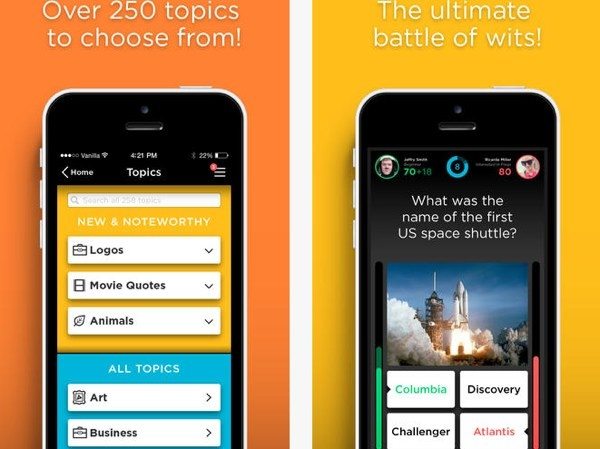 If you’re one of the legions of Android device enthusiasts who have been waiting for the phenomenally popular QuizUp app to launch for Android, then we have some promising news today. We’ve had communication from QuizUp developers Plain Vanilla, which says they are targeting a release by the end of February.

QuizUp for iOS devices has been available for several months now and there has been a huge demand for the Android version of the app. Previously it was reported that the Android QuizUp was heading for a January release and subsequently we started a release countdown in the wait for the app’s arrival.

Later in January we were still hopeful that the much-awaited Android version would arrive by the end of the month following a tweet from the QuizUp team that it was still on target, but so far the app hasn’t materialized. On the QuizUp website the latest information says that the Android version is still being worked on, and we’ve been bombarded with questions from readers asking when it will be available.

We contacted Plain Vanilla to ask if there was any further news on this and they have kindly responded in an email. The email confirms that the QuizUp for Android is still in the pipeline and that it has taken a little longer than anticipated. Plain Vanilla also says they hope for global availability by the end of the month. Here’s their full email response –

Thank you for contacting us!

Regarding the launch of Android… we are hoping to be able to put it out to the universe close to the end of February.

It takes time to get everything perfect so that’s why this is taking a little longer than we had previously hoped for.

I hope this answered some of your thoughts.

Have a really nice day!

This is great news for the many people eager to start playing QuizUp on Android devices, as it looks as though there certainly isn’t too much longer to wait. Are you happy to hear that QuizUp for Android should be available shortly? If you’ve been waiting for this app why not send us your comments about this.