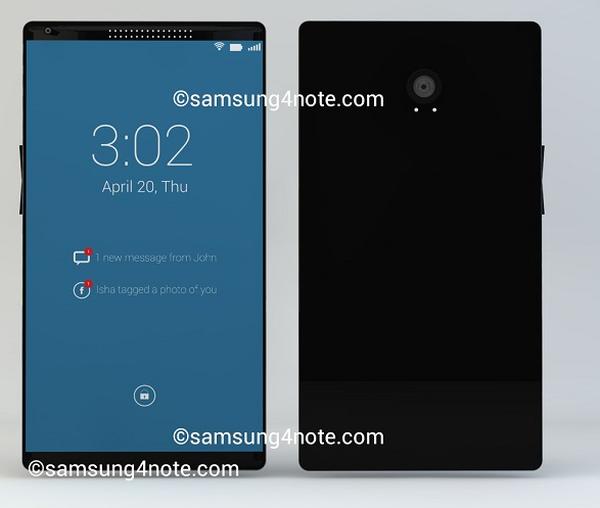 Yesterday we heard some more rumours about the next phablet smartphone from Samsung with fresh claims about the handsets display, but the Samsung Galaxy Note 4 design we have for you today is minimalistic.

For the time being the Galaxy Note 4 design remains a mystery but we have been seeing plenty of concept ideas, and today’s one comes courtesy of Samsung 4note.com. This design features a 5.5-inch Super AMOLED display at a 2K resolution and as you can see virtually no bezels surrounding it.

Under the hood we have the upcoming Qualcomm quad core Snapdragon 805 processor clocked at 2.5GHz, and paired with 3GB of RAM. It has an IP67 rating while running Android 4.4.3 KitKat straight out of the box, but you would have thought that by the time the Note 4 is released we would have seen Android 4.5 released.

On the rear is a 16MP ISOCELL shooter capable of 4K video capture with the handset expected to be unveiled at the IFA 2014 event.