HTC One M8 vs Oppo Find 7a camera performance 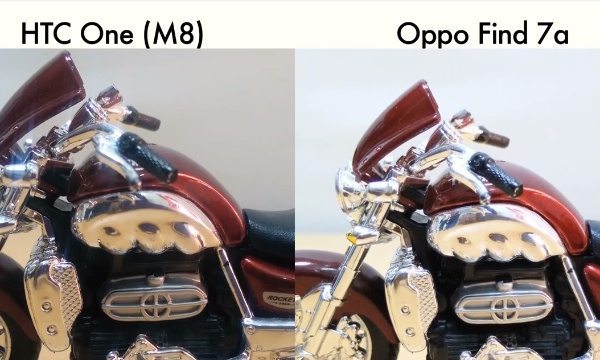 The HTC One M8 and Oppo Find 7a are both recently released smartphones that some people might be thinking about purchasing. If camera capabilities on a smartphone are important to you then you might want to check out an HTC One M8 vs Oppo Find 7a camera performance comparison that we have for you today.

The YouTube video that you can view below comes from Fone Arena and after a brief introduction it shows image samples taken with both phones displayed alongside each other. The photos shown were taken in various different conditions to give a good idea of how each performs. Following this we then see some video footage taken with each handset.

We’d be really interested to hear your thoughts on which camera you think performs best, the HTC One M8 or the Oppo Find 7a? You might also be interested in a recent HTC One M8 camera review, or maybe a look at slow-motion video taken with the One M8 and iPhone 5S.

Tags HTC One M8Oppo Find 7a