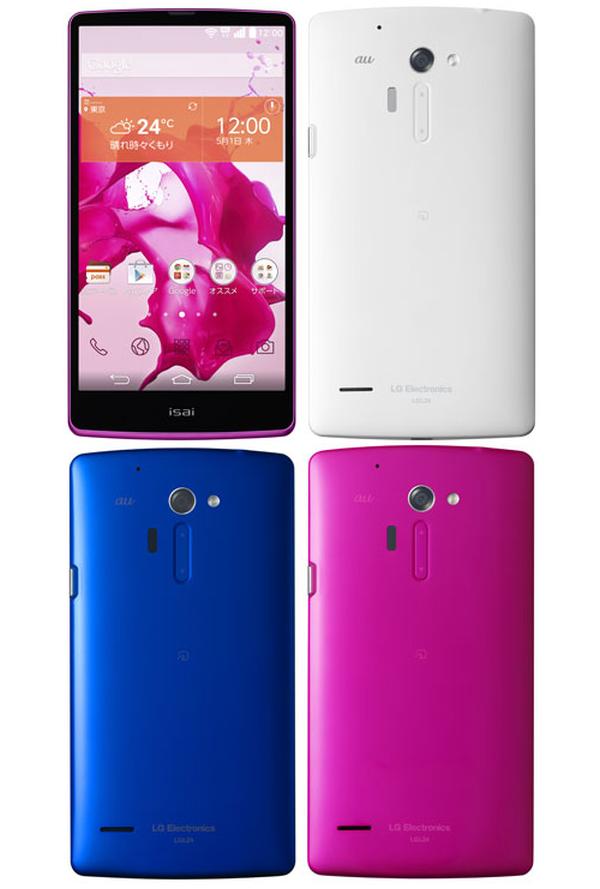 It has become normal practice now for upcoming smartphones to be leaked long before they are introduced to the world, and that can certainly be said about the now officially launched LG isai FL with its QHD display in tow that gives design hints for the LG G3.

Shortly after LG announced its new 5.5 QHD display the LG isai FL is officially launched in Japan for mobile carrier KDDI, and this comes after the handset was leaked a few times previously. The handset is thought to closely resemble the design of the LG G3.

The handset has a 5.5-inch display at a resolution of 2560 x 1440 and is powered by the quad core Qualcomm Snapdragon 801 processor and paired with 2GB of RAM running the Android 4.4.2 KitKat operating system.

On the back is a 13.2-megapixel camera paired with a 1.3-megapixel front facer, and the handset has been developed between LG and KDDI so won’t be seen elsewhere. The handset has long been rumoured to share a similar design to the LG G3 which should also be seen officially later this month.

Do you like the design of the LG isai FL?