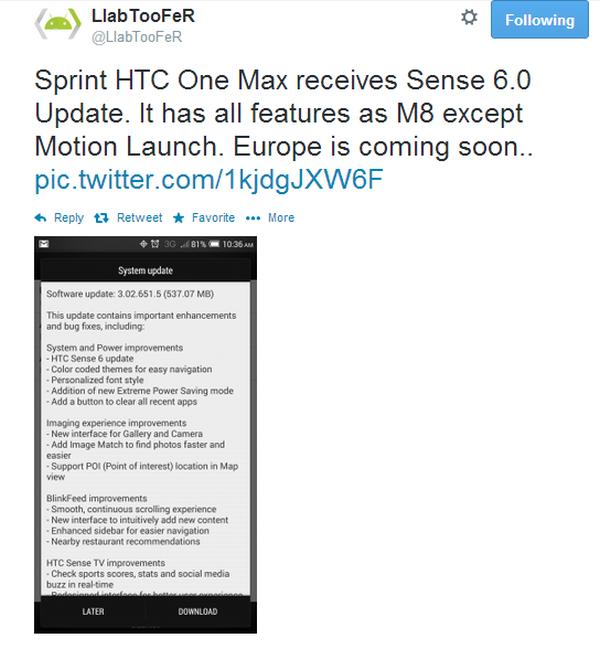 HTC has been pretty good recently for providing new firmware updates for a number of its slightly older hardware, and now we have news that the HTC One Max Sense 6 update begins rolling out to some owners.

Back in March we reported on a timeframe for the HTC Sense 6 update for a number of handsets, and now the same source for that information, LlabTooFeR has confirmed that the Sprint version of the HTC One Max has started to receive the new Android skin with a European release coming soon.

The update has a build number of 3.02.651.5 and weighs in at 537.07MB and brings all the features of the HTC Sense 6 overlay found on the HTC One M8 except Motion Launch. This comes after we heard that the HTC One Sense 6 update is also closing in, and this is confirmed by the new HTC website that provides info about Sense 6 that we reported about recently.

Have you got the Sense 6 update yet?