Nexus 8 possibly seen in marketing material ahead of launch 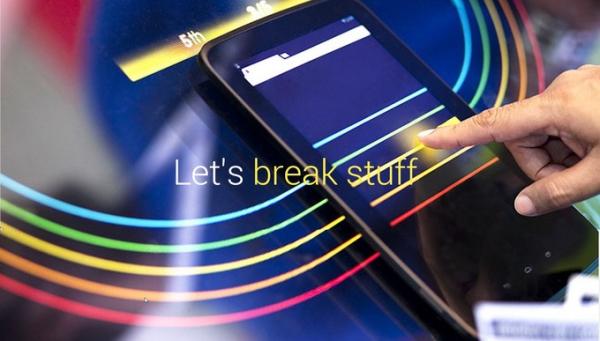 While the release of a new 10-inch Nexus tablet remains elusive despite constant rumours, there have been growing speculation that an 8-inch device was in the pipeline, and now a Nexus 8 is possibly seen in some marketing material ahead of an official launch.

The Nexus 8 was recently seen in some online code but now ahead of the Google I/O event next month the image that you can see on this page has appeared. As you can see there is an unidentified slate that could be the Nexus 8.

This is not the first time an unidentified tablet PC has appeared in some Google marketing material, and last time the image was changed with no sign of any product making an appearance. So there is nothing to say that this won’t happen again but there has been speculation previously suggesting the device would be announced next month.

Would you like to be able to purchase a Nexus 8?