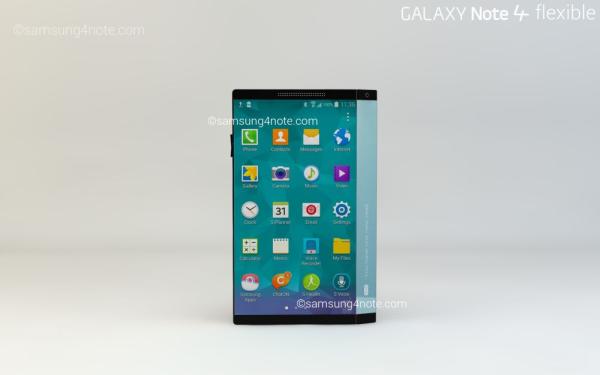 There are many mobile users that are waiting for the release of the next phablet handset from Samsung, and today we have a Galaxy Note 4 design that is using a flexible QHD resolution display.

We have been hearing a number of rumours surrounding the Samsung Galaxy Note 4 in recent months, which more recently was focussing on the camera specifications of the device that included OIS technology.

Today though we have a concept Note 4 design courtesy of Rishi Ramesh, who recently provided us with another Galaxy Note 4 design. This one features a flexible display that has been rumoured for the handset previously, and this one has a QHD 2560 x 1440 resolution.

The flexible part of the display is being used for notifications which fits in with earlier rumours, and sitting on the back is a 12-megapixel camera with OIS and dual tone flash. Around the front is a 3.2-megapixel shooter.