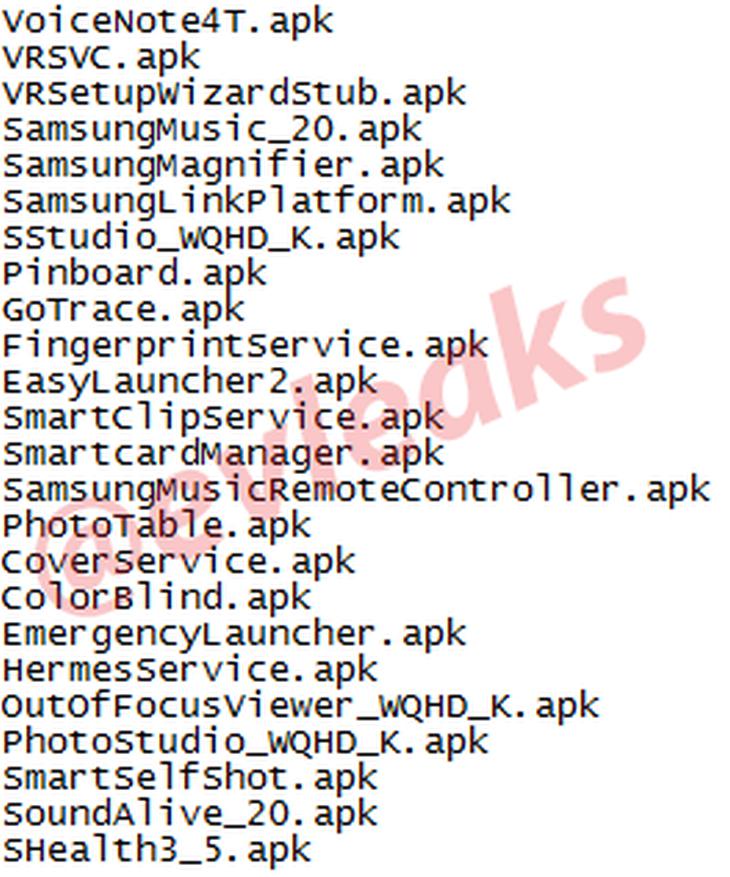 The rumour mill surrounding the Samsung Galaxy Note 4 is gathering pace now as we get closer to the handsets release, and now some of the handsets features and screen specs have possibly been revealed in an APK list leak.

Recently we heard that the Samsung Galaxy Note 4 specs could include an eye scanner security feature, but now reliable tipster evleaks has provided the image that you can see on this page. It includes a list of possible Samsung applications for the upcoming phablet that could come pre-bundled on the smartphone.

One of the APKs is titled “SStudio_WQHD” that could be providing proof that the Samsung Galaxy Note 4 will come packing a QHD resolution display, which has long been rumoured for the handset. Of course there is no way of verifying this information but given the sources track record it could be the real deal.

The Samsung Galaxy Note 4 is expected to be released at some point during September, with a Samsung Unpacked Episode 2 event rumoured to be taking place at the IFA event.

Are you planning on getting the Samsung Galaxy Note 4?