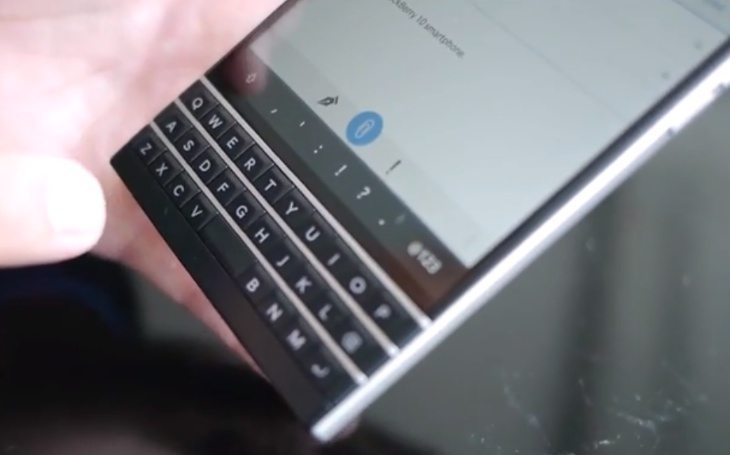 BlackBerry CEO John Chen officially revealed the Passport back in June and further to this we saw the phone pictured in a white color option. It has a rather unusual wide form factor that we weren’t too sure about at first, but then a week ago we showed readers an early video look at the phone and felt the phone looked more stylish than we’d initially thought.

Before the launch of a new smartphone to the market the device has to pass through various regulatory procedures, and last week a device thought to be the BlackBerry Passport appeared at the FCC. Now the phone has received GCF Certification too, so all is looking promising for the rumored September release.

The phone is thought to have a Snapdragon 800 processor, a square 4.5-inch display with resolution of 1440 x 1440, 3GB of RAM, and a 3450 mAh battery, and will release running BlackBerry 10.3, a very appealing lineup of specs. It also has a new-look physical QWERTY keyboard and it’s targeted at business users, although it could well appeal to non-enterprise users too.

There’s no BlackBerry Passport release date available yet, but it’s interesting to know that the FCC confidentiality agreement expires on September 12th, which perhaps gives us a hint. If you’re interested in this upcoming device you can already register your interest in it at BlackBerry here.

Do you like what you’ve seen and heard so far about the BlackBerry Passport smartphone? Will you be pre-ordering this handset when pre-orders open?