Xiaomi Mi Note Pro release within a week, for some 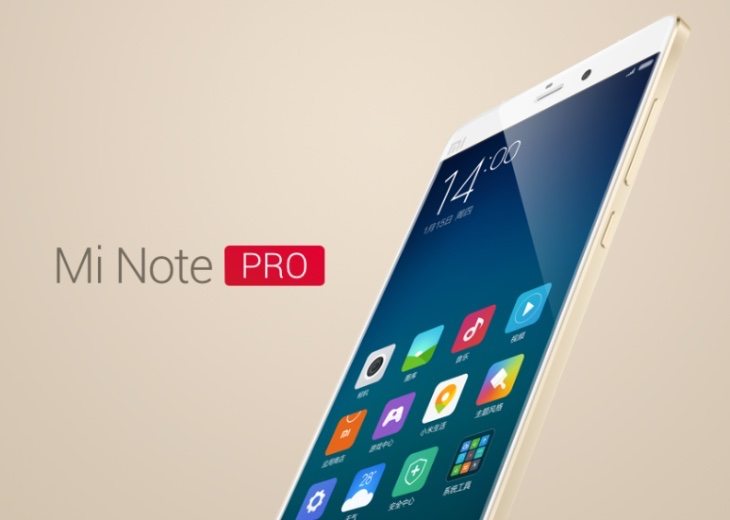 Followers of new devices will have heard of the Xiaomi Mi Note and Mi Note Pro that were announced back in January. The Mi Note released soon afterwards but so far there has still been no availability of the higher-specced version. However, we’ve now heard that the Xiaomi Mi Note Pro release will be within the next week, at least for some buyers.

The Mi Note has been met with plenty of praise due to some very decent specs and a competitive price tag. The same is likely to be said of the Mi Note Pro, which steps up to even more notable specs such as Quad HD display resolution and 4GB of RAM. Xiaomi has now announced that the Mi Note Pro will be available from May 12 for buyers in China. It therefore seems likely that it will soon be made available for buyers elsewhere.

The price has been set at CNY 2,999, a little cheaper than when the device was first announced. As a rough indicator for prices elsewhere that’s equivalent to around $483, Â£319, â‚¬430, or Rs. 30,750 at the time of writing. However, prices could vary according to market. Soon after the Mi Note Pro was made official we heard there would be an international release through Oppomart, a retailer that supplies many Chinese smartphones. However, At this point the Mi Note is up for grabs but the Mi Note Pro is not available yet.

Camera capabilities consist of a 13-megapixel rear camera with Sony IMX214 sensor and dual-tone LED flash, as well as a 4-megapixel UltraPixel front-facing camera. It runs the Android 5.0 Lollipop-based MIUI 6. If you’re interested in this device you may want to check out a concise Mi Note Pro vs. Samsung Galaxy Note 4 comparison that concentrates solely on the advantages of each device over the other.

Are you happy to hear that the Xiaomi Mi Note Pro is finally up for grabs? Will you be trying to get hold of this phablet where you are? Let us know with your comments.