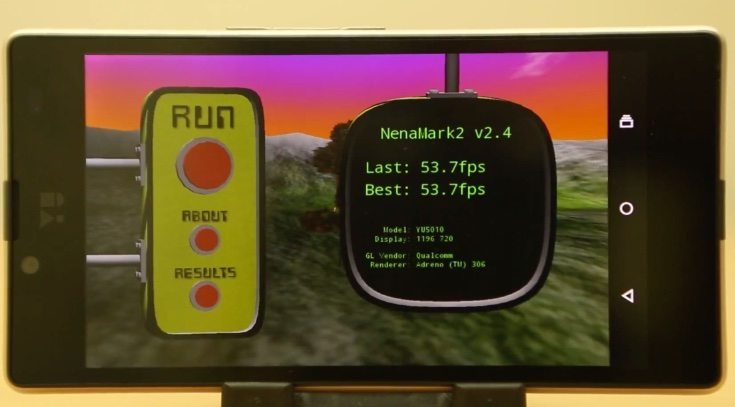 The Yu Yuphoria was recently announced and looks set to be another sure-fire success following the popularity of the Micromax Yu Yureka. The smartphone has decent specs for its money and if you’re thinking of purchasing it you’ll want to consider various aspects before you buy. Some readers may therefore be interested in Yu Yuphoria benchmark results and the scores compared with some other handsets on the market.

The Yuphoria is equipped with a 1.2GHz Snapdragon 410 quad-core processor, and other key specs include Adreno 306 graphics, 2GB of RAM, and a 5-inch IPS LCD display with HD resolution of 1280 x 720. It runs the Android 5.0 Lollipop-based Cyanogen 12 OS. For a more complete rundown you might like to check out our recent specs comparison of the Yuphoria vs the Lenovo K3 Note or the Yuphoria vs Redmi 2.

It can be revealing to compare benchmark testing results with other popular smartphones, and beneath this story we’ve embedded a YouTube video from Fone Arena showing benchmark tests conducted on the Yu Yuphoria. A variety of tests take place in the video and they are Quadrant, AnTuTu 5, Vellamo, Linpack, Geekbench 3, Nenamark 2, Basemark X, 3DMark Ice Storm Unlimited, and Basemark OS II.

After each test you’ll see the performance result of the Yu Yuphoria, and then a table that shows how it compares with numerous other devices. Just some of these are the Lenovo A6000, Samsung Galaxy A5, Moto G 2nd gen, and Samsung Galaxy Mega 2. Overall the Yuphoria manages a pretty impressive result, taking top spot on the table in several of the tests.

If you’re still undecided whether you want this smartphone or not, you could also take a look at a recent Yu Yuphoria review that clarified the phone’s good and bad points. After you’ve checked out the benchmarking performance of the Yuphoria in the video below we’d like to hear what you think. Are you suitably impressed by the results attained by the Yu Yuphoria?