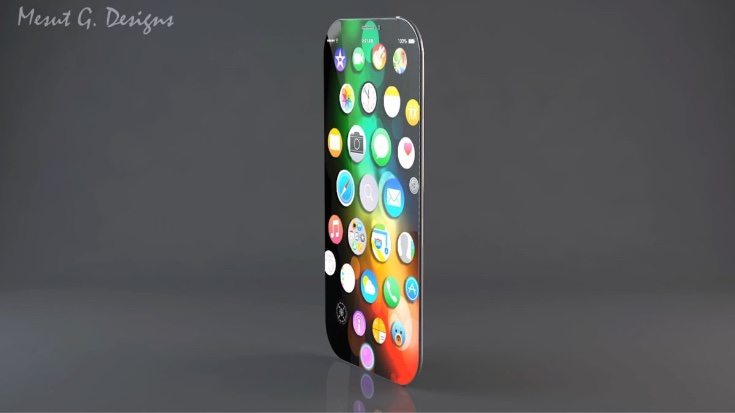 Despite the fact that the iPhone 7 isn’t likely to release until 2016 (iPhone 6S should be this year), we’re already seeing plenty of design ideas for the future smartphone. Some are more realistic than others and the concept design we’re sharing today looks more futuristic than we would expect. Nevertheless it’s an interesting take and it’s called the iPhone 7 Slim and features a virtual Home button.

Recent images purporting to show the casing of the upcoming iPhone 6S indicate that the design will be almost the same as for the iPhone 6. Many would like to see something very new by the time the iPhone 7 releases and these new renders come from Mesut G Designs. As it’s name suggests, this iPhone 7 Slim is ultraslim at just 5mm thick, or should we say thin.

From the images we can see what appears to be a metal frame and plenty of glass in the build. Indeed the front is all glass so there’s a virtual Home button rather than the usual physical button we’d expect on an iPhone. The rear of the handset also looks very glossy so may also feature glass, while the corners have rather more curvature than we’d like, although you might disagree? 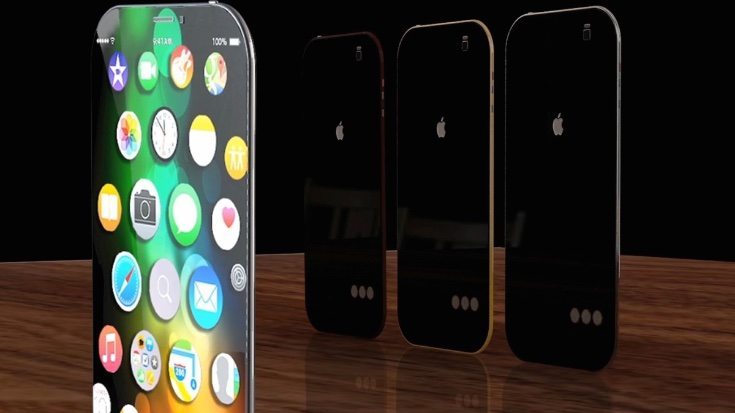 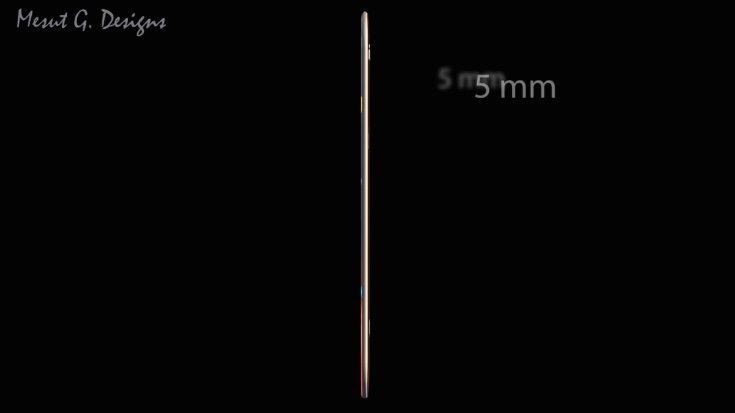 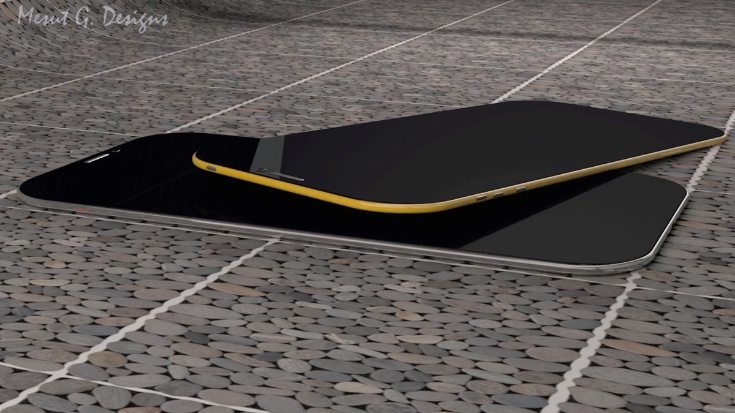 The designer has given this iPhone 7 vision a 20-megapixel rear camera and 8-megapixel front-facing shooter, and it has 3 distinctive built-in speakers on the reverse. It’s also said to be running iOS 9 although as the iPhone 7 isn’t expected until 2016 it’s more likely to release running iOS 10. We’ve shown a few of the renders for this iPhone 7 Slim here, and you can see more in the brief YouTube video from Mesut G Designs that we’ve embedded below.

If you’ve enjoyed checking out this concept idea you might also like to see some more from Mesut G designs, such as this iPhone 7 Edges Iron Man creation or a Samsung Galaxy S7 Edge. Considering this new iPhone 7 Slim design, would you be surprised to see anything like this for the real deal? Is there such a thing as a smartphone that’s simply too thin? Let us know with your comments.