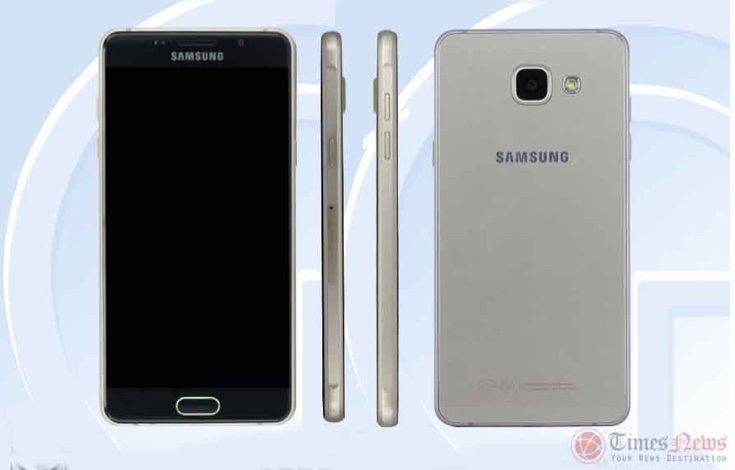 We’ve reported on several leaks now for second-generation versions of some of the Samsung Galaxy A series of smartphones. One of these is the Galaxy A5 2nd gen, and now there has been a further spot. The Samsung Galaxy A5 2016 has now passed through the TENAA certification process, and this gives some specs for the device.

It was back in October that we first saw an indicator for a 2016 Galaxy A5 when it appeared on an import/export site listed for testing purposes. Following this the phone also appeared at the Bluetooth SIG, and then we also saw the Samsung Galaxy A5 2nd gen (model number SM-A510F) show up in benchmarking. This later spot gave us an indication of some specifications.

Now the Samsung Galaxy A5 2016 has passed through certification at the Chinese regulatory authority TENAA, and this confirms some of the earlier leaked specs. It has appeared as model number SM-A5100, and the filing gives details of a 1.7GHz octa-core processor and a 5.2-inch OLED display with Full HD resolution (1920 x 1080).

Further specs are 2GB of RAM, 16GB of internal storage (expandable via microSD), an 8-megapixel or 13-megapixel rear camera, and up front a 5-megapixel snapper. The handset’s dimensions are 144.7mm x 70.8mm x 6.9mm and it weighs 145g. From the documentation we also know that it will come in a gold color and is running the Android 5.1.1 Lollipop OS.

Most of the above specs tally with those revealed from the benchmark test appearance, except that showed a 1.6GHz octa-core CPU. Very often TENAA listings don’t include the battery capacity of a device, but the Samsung Galaxy A5 2016 was also recently spotted at the FCC sporting a 2900 mAh battery.

It’s worth saying that usually when we see phones appear at TENAA an official launch is just around the corner. We therefore expect to be hearing much more about the 2nd gen Galaxy A5 very soon. Are you waiting for the release of the Samsung Galaxy A5 2016?