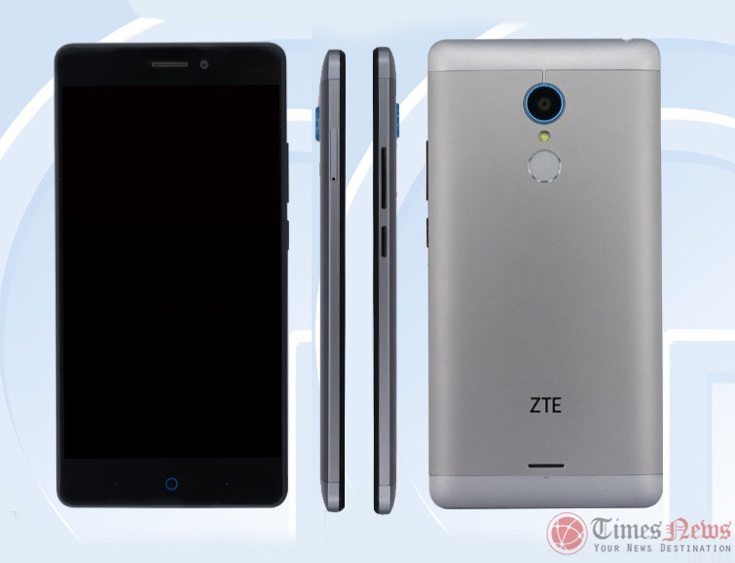 ZTE produces a steady flow of new devices and we very often get our first sighting of them through the certification process, especially at Chinese regulatory authority TENAA. Today another new device has shown up and the ZTE N936St is a Blade series phone that’s had some of its specs revealed at TENAA.

Earlier today we gave news of the ZTE Voyage 4, a newly launched affordable handset. The ZTE N936St (its final name is not known yet) has now shown up at TENAA before its launch. The regulatory filing includes not only specs but also some images of the device, and the lack of Nubia branding on the handset shows that it will be one of the ZTE Blade lineup. The images also reveal that is has a fingerprint sensor on the reverse of the handset.

Specifications of the ZTE N936St as shown in the TENAA documentation include a 1.2GHz quad-core processor, and a 5.5-inch HD display with 1280 x 720 resolution. The phone has 2GB of RAM, 16GB of internal storage (expandable with microSD to 64GB), and a decently sized 3000 mAh battery. There’s an 8-megapixel camera at the rear with LED flash, and a 5-megapixel unit at the front.

Connectivity is catered for with options that include 4G LTE, 3G, WiFi, Bluetooth, GPS, and USB. It comes in a gray color and runs the Android 5.1 Lollipop operating system. Dimensions of the phone are 155.3mm x 77.2mm x 8.45mm and the weight is 163g. Now that the phone has made an appearance at TENAA we’re likely to hear something official before too much longer.

Readers may also be interested in some other upcoming ZTE devices that have recently shown up at TENAA. For example the ZTE A2017 is thought to be the ZTE Axon 2, while the ZTE K88 is a new tablet. All of these devices are likely to be officially unveiled soon. Will you be following further news about the newly spotted ZTE N936St?